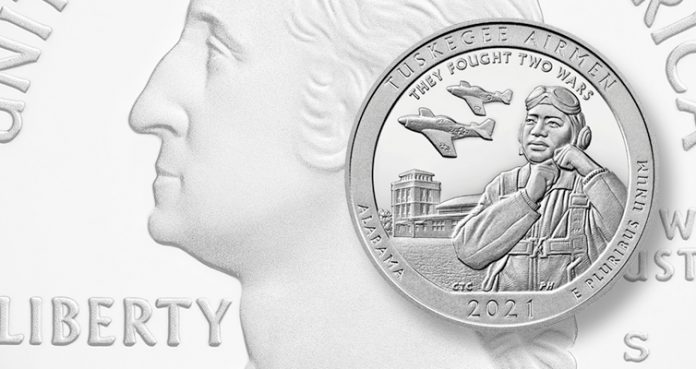 The 56th and final release in the America the Beautiful Quarters Program was issued Jan. 4 from the U.S. Mint throughout the Federal Reserve.

Quite a few numismatic products comprising the Tuskegee Airmen National Historic Site quarter dollar in various endings are set for launch from the United States Mint on Feb. 8.

The circulation-quality coins have been struck in the speed of around 750 coins per minute onto a coinage press using one set of dies.