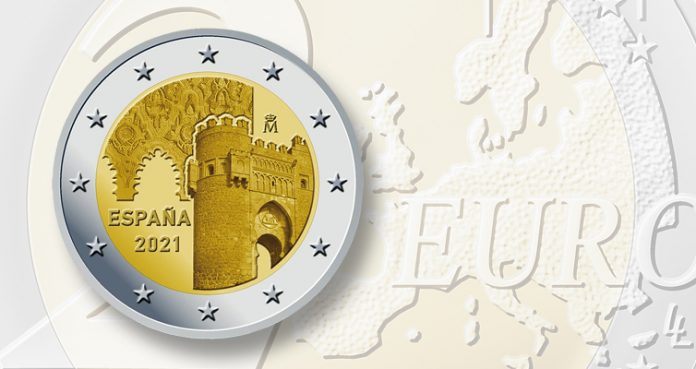 It’s called”the royal town” for being the capital city of the Holy Roman Empire of Charles V, and “the city of the three cultures” for being inhabited for centuries by Christians, Jews and Muslims who live together in harmony.

The obverse of this coin depicts an opinion of the Puerta de Sol and also a part of this La Sinagoga del Tránsito, both buildings developed in the 14th century in Mudejar style.

In total, 4 million coins have been introduced to flow in late February, and another 5,000 are designated for sale at Proof end in a particular blister package, with earnings to start April 6.

The coin’s outer ring reflects the 12 stars of the European flag.

The frequent map-and-denomination picture made by Luc Luycx seems on the opposite.

The ringed-bimetallic coin includes a copper-nickel center and copper-aluminum-nickel ring.