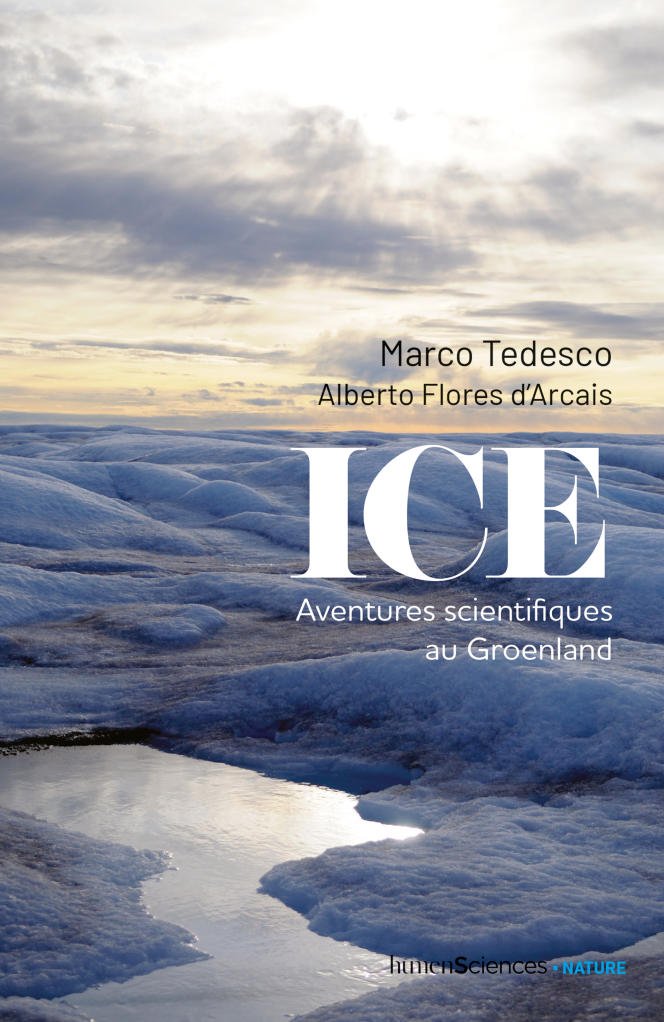 Book. An endless day. On the Greenland ice cap, in summer, the sun never sets. It’s time for researchers to gather as much information as possible about this endangered ecosystem. The Italian glaciologist Marco Tedesco (Columbia University), who has conducted multiple missions on site, but also on other frozen terrains in the Arctic and Antarctica, condenses into a one-day account the experience of a life of research – with the help of journalist Alberto Flores d’Arcais. The process may seem artificial, but the efficiency is there, and the sincerity of the commitment too.

So here we are in the lined boots of our researcher, on this icy expanse, in crystal silence, in the middle of a base camp irradiated by the sun. The team is here to precisely measure how the ice reflects photons from our star: depending on its age or quality, the incident light has different characteristics. Precisely documenting its changing characteristics makes it possible to calibrate the observations made by the satellites.

The objective is to capture the alterations of the ice cap on a large scale, and their consequences on the rise in water levels. Because ice literally flows, carried by its own weight – it can be up to 3,000m thick! – towards the fringes of Greenland, a slide accelerated in summer by the meltwater which reaches the bedrock and then serves as a lubricant. While the small village of tents seems motionless, the next day it will have traveled several hundred meters, a drift only betrayed by muffled noises which disturb the sleep of scientists.

Likewise, a seemingly tranquil lake will disappear in minutes, sucked into the entrails of ice, a victim of “melt cannibalism” that will somehow pull the plug. There is nothing immutable in the landscape, shaped by changing weather. Another surprise: in these desolate places, one encounters life, in microscopic forms.

Marco Tedesco’s story offers a glimpse of these long-prepared scientific missions, but which remain at the mercy of the elements, lack of luck or recklessness – and which are sometimes literally saved by bits of string. He does not hide his ethical questions about the means and goals of his research: they are made possible by technologies of military origin, and can facilitate the industrial exploitation – mining in particular – of the territories studied.

During this day flooded with light, it will also be about Inuit culture, threatened by modernity and a staggering suicide rate; a polar bear, a marine mammal lost several hundred kilometers from the coast; Erik Le Rouge, a wily publicist; proud explorers in search of the famous Northwest Passage and wealthy tourists who now flock to this demystified maritime route, even if it means accelerating the climatic disaster. “Everything flows,” recalls the glaciologist. The Titanic and civilizations too.

News Editor - June 9, 2022 0
At the end of the first song, as fans revel in the incredible technological feat of the start of the concert, Benny Andersson approaches...