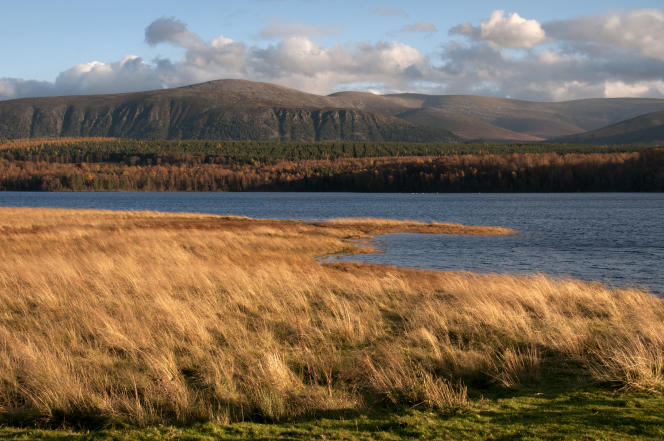 In geopolitics, an “exclave” means a territory under the sovereignty of a nation from which it is separated by a country or by a sea, or even by several. Nick Hunt gives the word a related meaning: lands that maintain a geological and cultural kinship with distant regions. Both vestiges of ancient times and climatic anomalies.

As his English name suggests, Nick Hunt is a hunter. Oh, he stalks no prey! This nature lover tracks chimeras. Yesterday, he traced the traces of invisible breaths in Where go the wild winds (Hoëbeke, 2020), where he narrated his long-distance hikes, backpack and nose in the air, to meet the winds of Europe (l helm, the mistral, the foehn, the bora). Today, here he is in search of “A palm tree in the Arctic”, the intriguing title of his new book. Imaginary journeys through Europe, says the subtitle. But these were very real, the walker even showing endurance in all seasons. Their imaginary character results from the fact that these biomes tip the narrator into another space-time. They are “portals to elsewhere”, notes the writer-traveler whose superbly truant prose combines prehistory and current events, reflections on the Anthropocene and personal anecdotes. Nick Hunt’s thought travels through the ages and the arts as much as his footsteps in the mountains or in the plains.

An arctic tundra in Scotland

To discover the exclaves in question, there is no need to go to the antipodes or take a plane with a heavy carbon footprint. The strangeness is right here, in Europe. Case in point: the Cairngorms Range, a patch of arctic tundra in northeast Scotland, over a thousand miles south of the Arctic Circle and home to a colony of reindeer. In summer, the melting snow leaves the soil uncovered with great botanical richness: “Seeps of crimson Marsupella profunda suggestive of a bloody internal organ; eerie jungles of dicrane throbbing with seaweed green; the fleshy lobes of monster pawwort; splotches of gloomy lichen. »

To the south, Andalusia is home to the only desert in the strict, scientific sense, on the continent. To the east, Hungary can be proud of grassy steppes comparable to those of Central Asia. On both sides of the border between Poland and Belarus stretches the Bialowieza, a virgin forest of 1000 square kilometers, populated by oaks and lime trees, hornbeams and spruces. Wolves and mink roam there. Recently, the European Court of Justice stopped a massive deforestation program decided by the Polish government. Since then, the defenders of the forest have been watching. “In this strongly religious land, ruled by conservative Catholics, a twelve thousand year old forest, older than biblical times, poses a direct threat to Christian theology. An unproductive wild nature left to itself is an affront to the role of man (…). »

The author’s great-uncle, John Hunt, led the first successful expedition to Everest in 1953. Since then, several glaciers have disappeared, and the snow is no longer eternal, recalls Nick Hunt.