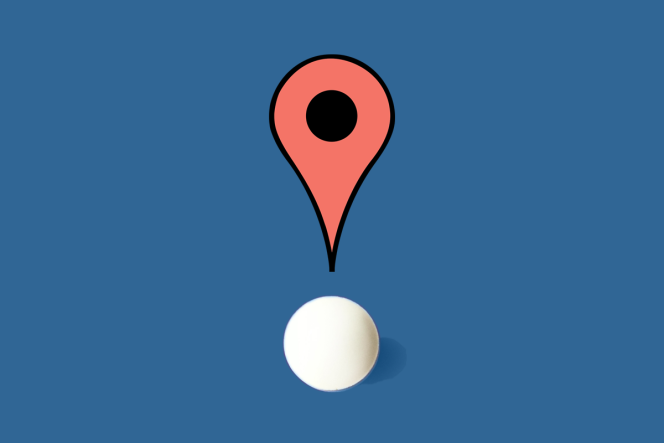 “Those who seek, offer or facilitate access to abortion must now assume that any data they leave on the internet or elsewhere is searchable by authorities. The statement from the Electronic Frontier Foundation, the leading organization for the defense of digital freedoms in the United States, set out, as of Friday, June 24, the challenge facing the technology industry since the resounding decision of the Supreme Court on the right to abortion. “The difference between now and the last time abortion was banned in the United States is that we live in an unprecedented era of digital surveillance,” said Eva Galperin, an executive at the organization.

Returning to the Roe vs. Wade judgment, the Supreme Court allows each American state that wishes to ban abortion. Nearly half of them could go in this direction, thirteen having already voted upstream of the “trigger laws”, that is to say laws designed to come into force quickly after the decision of the highest judicial institution. Throughout the country, observers are now worried about the use that can be made by the authorities of personal data collected by digital companies.

From search history to geolocation

In states that could soon ban abortion, many digital traces left by Internet users, but also anyone providing assistance or services related to this procedure can theoretically be used by the judicial authorities.

Google query history, for example, can be used by the judiciary to bolster a case or support a charge. If a person searches for clinics in a neighboring state with different legislation, or for pills needed for medical abortion, this data can be obtained by the courts, both by seizure of telephones and computers – as this has already been the case in at least one case in 2018 – only via a request to the relevant search engine.

Geolocation data, which is not only collected by Google and Apple, but also by mobile phone operators, is also very sensitive. If some states seek to ban traveling to a clinic in neighboring territory for an abortion, and to prosecute anyone who undertakes this journey, geolocation data will be crucial.

Finally, menstrual tracking applications, whose data is extremely sensitive, are now on the front line. The Flo app recently announced the upcoming launch of an “anonymous mode”, which erases all identifying data from an account. For its part, Clue also issued a press release, promising that all of its users’ data was hosted in Europe, and that the company was therefore not required to respond to US court requests for data. health of its customers. Finally, the Natural Cycles application has announced that it is working on a method of total data anonymization.

For the moment, the main tech players have contented themselves with reaffirming their positions and reassuring their employees that they will continue to help access to abortion for those who, among them, have it. need. The management of Yelp, but also Meta and Microsoft, among others, have thus announced that they are setting up internal aid for those who need to travel to another State to have an abortion, or pointed out that such a mechanism already exists. “We are evaluating how best to do this given the complex legal framework,” said a spokesperson for Facebook’s parent company Meta. For its part, Uber has promised to cover the legal costs of drivers who would be charged for transporting a customer to an abortion clinic.

But none of the Silicon Valley giants has spoken clearly on the issue of the collection of personal data. A thorny subject when we know that many depend on these collections, both for their internal functioning and for their economic model, and that these companies, like mobile telephone operators, have few means of defending themselves against requests for information. emanating from justice.

Some elected officials therefore seek to force the platforms to take their responsibilities. In May, shortly after a draft of the judgment prepared by the Supreme Court was leaked to the press, American elected officials wrote a letter to the CEO of Google, Sundar Pichai, warning of the risk posed to citizens the collection of geolocation data by the digital giant.

Then, in early June, Democratic Rep. Sara Jacobs introduced a bill titled “My Body, My Data.” The text aims to further protect the personal data of users in terms of health, but cannot hope to be voted on without the support of Republicans, as noted by the Washington Post. Along with three Democratic senators, Sara Jacobs has also asked the Federal Trade Commission (FTC), the US trade regulator, to investigate how Google and Apple use users’ mobile browsing data, accusing the two companies of ” unfair and deceptive practices” allowing “the collection and sale of the personal data of hundreds of millions of users” of smartphones.

In the meantime, messages explaining how to cover one’s tracks online for people wishing to learn about abortion procedures are multiplying. Information leaflets which could themselves become illegal in the long term, notes the site The Verge, certain groups of anti-abortion activists, like the National Right to Life Committee, campaigning for any help given to someone a person wishing to have an abortion is also punishable by law. In Texas, a law passed in September 2021 already allows, as the Protocol site notes, to prosecute, for example, a VTC driver who transported someone going to have an abortion or a pro-abortion association collecting donations online.