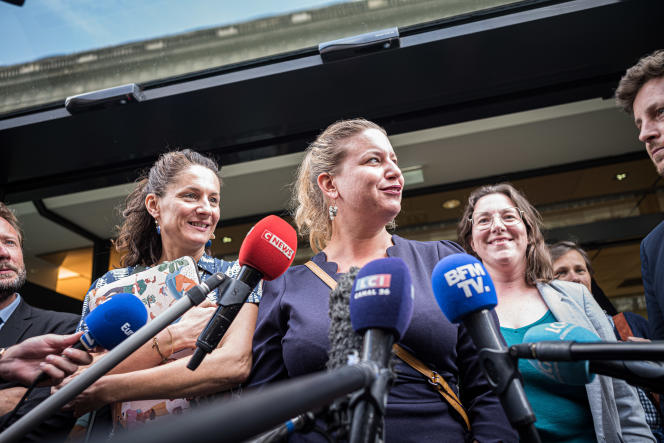 The left-wing alliance Nupes opened, on Monday, June 27, for signatures, outside the RN, its “human progress” bill which aims to enshrine the right to abortion in the Constitution, following the American decision on abortion. “The Nupes Intergroup, as it committed to last Friday, is today filing a constitutional bill to protect the fundamental right to voluntary termination of pregnancy,” reads a statement released on Monday. .

The proposal is open for co-signature “to all the deputies of the National Assembly with the exception of those of the National Rally”, specifies the intergroup LFI-PCF-EELV-PS. “It’s a party that has proven time and time again that it is the enemy of women’s rights,” Mathilde Panot, leader of the “rebellious” group, told Agence France-Presse. Marine Le Pen asserts, on the contrary, that her party “has never attacked” this right.

The left-wing coalition sure of a quick debate

The Nupes is now waiting for an inclusion on the agenda of its text. “We have no doubt that a favorable follow-up will be given to it” by the majority, insist the presidents of the left groups.

The group of LRM deputies announced on Saturday the filing of a similar bill, which the government will support. Mathilde Panot had preceded them on Friday evening, and the Nupes, reaching out, invited the “submission of a common text” by all the voluntary groups. The left’s proposal states that “no one may hinder the fundamental right to voluntary termination of pregnancy” and that “the nation guarantees to everyone effective access to this right”.

Obstacles to access to abortion in France are cited: “delay to obtain a first appointment, closure of 130 centers”, “shortage of practitioners”, “insufficiently structured network”.

The proposal comes after the Supreme Court of the United States decided on Friday to bury a judgment which, for almost half a century, guaranteed the right of American women to abortion but had never been accepted by the right. religious.

In the process, several American states have already announced that they are taking measures to prohibit voluntary terminations of pregnancy on their territory.