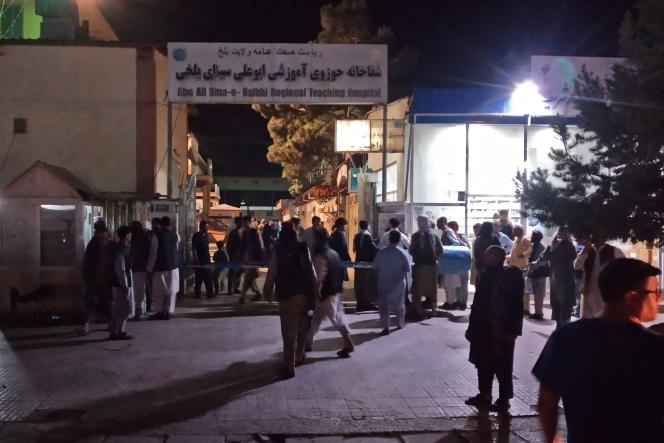 At least twelve people were killed in Afghanistan on Wednesday May 25 in four bomb attacks that targeted three minibuses in Mazar-i-Sharif (north) and a mosque in the capital Kabul, authorities said. The Islamic State group claimed responsibility for the attacks in Mazar-i-Sharif in the evening.

The number of attacks has declined in the country since the Taliban took power in August, but a series of deadly bomb attacks, in which dozens of people were killed, hit the country in late April, during the holy month of Ramadan.

In Mazar-i-Sharif, the big city in the north, at least ten people died and around fifteen others were injured, according to the police and the health services. According to Najibullah Tawana, head of the Balkh health service, three women are among the ten killed in the minibus explosions.

In Kabul in the evening, another bomb attack targeted a mosque, killing at least two people and injuring ten others, the interior ministry said. Kabul Emergency Hospital, for its part, tweeted a report of five killed and twenty-two injured in the explosion at the mosque.

It is not currently possible to know whether these attacks targeted a specific community.

Several dozen deaths in a month

Some of the deadly attacks that hit the country at the end of April had also been claimed by the Islamic State, and had targeted in particular the Shiite Hazara minority, considered heretical by the jihadist group.

On April 28, already in Mazar-i-Sharif, bomb attacks, claimed by the IS, against two minibuses carrying Shiite passengers, had killed nine people. On April 21, a Shia mosque in that city was also the target of a bomb. At least twelve people were killed and fifty-eight injured in this attack, again claimed by IS.

The Taliban are trying to downplay the threat from the Islamic State in Khorassan (I-K), the regional branch of ISIS, and are waging a ruthless fight against the group, which they have been fighting for years. They have increased raids, particularly in the eastern province of Nangarhar, and arrested hundreds of men accused of being part of it. They have claimed for a few months to have defeated EI-K, but analysts believe that the extremist group is still the main security challenge for the new Afghan power.