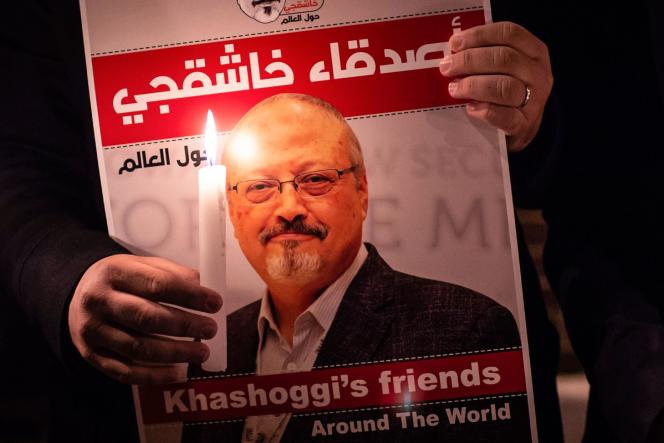 Riyadh said on Saturday that the assassination of critical journalist Jamal Khashoggi was a “tragedy” needless to dwell on it, after US President Joe Biden referred to it during his visit to Riyadh. Gulf monarchy.

Critic of power after being close to it, Jamal Khashoggi was assassinated in Istanbul, in the Saudi Arabian consulate in Turkey, in 2018. The American intelligence services have pointed the responsibility of the crown prince, Mohammed Ben Salman Al Saud, inflaming relations between Riyadh and Washington.

Nicknamed “MBS”, the leader of the kingdom, who received Mr. Biden on Friday, “explained [to the latter] that it is [sai]t a tragedy for Saudi Arabia”, according to the Minister of Foreign Affairs. Foreign Affairs, Adel Al-Jubeir.

The crown prince assured that “those responsible [had] been investigated, [had] faced justice and are now paying for the crime”, added Adel Al-Jubeir in an interview with CNN.

A Saudi court sentenced eight men in 2020 to between seven and 20 years in prison for the journalist’s murder.

Asked about a US intelligence report naming “MBS” as the sponsor of the operation, the Saudi minister quipped, “We are well aware of what intelligence concluded about Saddam Hussein’s weapons of mass destruction,” which did not never existed. The Saudi official also highlighted the “errors” of the United States, citing the case of Abu Ghraib, this Iraqi prison where American soldiers practiced torture and humiliating treatment.

Quoted by the Saudi channel Al-Arabiya, an anonymous Saudi official also assured that the Khashoggi affair had been raised “quickly” during the meeting with Joe Biden, stressing that “such an incident [could] happen anywhere in the world “.

Ali Shihabi, an expert close to the Saudi government, meanwhile, assured that the crown prince had responded to Mr. Biden by “pointing out the double talk of the Americans, making a lot of noise about Khashoggi while trying to minimize the ‘Assassination of Shireen Abu Akleh’, an American-Palestinian journalist killed in May by Israeli fire, according to the United Nations. “Apart from this frank exchange, the meeting was very cordial,” he told AFP.

Joe Biden faces an avalanche of criticism for his meeting with “MBS”, when he had promised during his campaign to put human rights at the heart of his diplomacy.

Faced with Iran, the UAE much more cautious than its new Israeli ally

In Mexico, arrest of Rafael Caro Quintero, one of the most...

News Editor - July 16, 2022 0
Rafael Caro Quintero, a historic Mexican drug trafficker, was arrested on Friday, July 15, by navy agents in the state of Chihuahua (north). A...

Faced with Iran, the UAE much more cautious than its new...