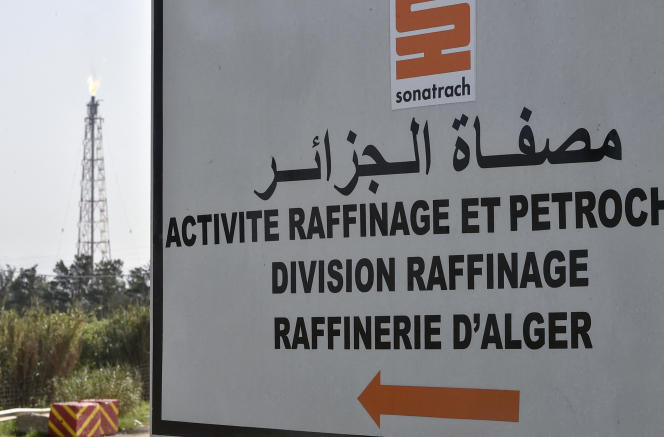 A priori, the situation is virtuous for Algeria. The surge in hydrocarbon prices due to the war in Ukraine is mechanically bailing out the coffers of a country rich in the third largest oil reserves in Africa (behind Libya and Nigeria). The breath of fresh air offered by these prospective revenues – evaluated by the International Monetary Fund (IMF) at 58 billion dollars in 2022 (i.e. 54 billion euros) – is precious at a time when the regime is trying to restore its sitting after the turbulence of the Hirak protest movement, in 2019 and 2020.

In addition, the European quest for alternatives to Russian gas raises Algeria’s strategic profile on the regional scene. Increasingly courted, Algiers seeks to project itself as a “reliable” partner, according to official rhetoric, especially with Italy, with which friendship is ostentatiously displayed. Today the source of 11% of gas imports from Europe, Algeria is destined to expand its supplier status in the long term. And at the same time lie the analysts who speculated on his diplomatic isolation following the Hirak crisis and the offensives of the Moroccan rival on the Western Sahara issue.

But appearances are deceptive. The windfall effect produced by the war in Ukraine does not detract from the acuteness of the challenges that never cease to arise in a dysfunctional Algerian economy, oil income obliges. The top of the state is acutely aware of this. Algerian President Abdelmadjid Tebboune himself denounced this hegemony of hydrocarbons – the source of 95% of the country’s exports and 60% of its tax revenue – as “fatal to intelligence and the spirit of initiative”. . At the end of 2018, a report by the International Crisis Group (ICG) described an Algerian model “out of breath”. In order to tear themselves away from it, calls for “industrial diversification” have multiplied for the past fifteen years.

However, the temptation to dip into hydrocarbon revenues in order to buy social peace with subsidies, to which were added the vested interests of the manna capture networks, got the better of these desires to explore alternatives. The downturn in oil prices from 2014 (the barrel had fallen from the 80-110 dollar range in 2011-2013 to 40-60 dollars in 2015-2017) had certainly revived the reflection more seriously than ever. But the rebound in international prices fueled by the war in Ukraine (a barrel was trading at 117 dollars in early June) could weaken this sense of urgency and postpone maturities again. “The risk is that the rise in prices will have a counterproductive effect on the structural reforms announced,” said Rachid Mira, associate researcher at the Center for Economics at Paris-Nord University.

The need to protect Algeria from imported food inflation certainly does not create an environment conducive to the dismantling of subsidy schemes which represent nearly 19.3% of GDP, according to official figures. Especially since a possible social discontent could reinvigorate the demands of Hirak, while the health constraints around Covid-19 are – partially – relaxed. “Algeria will benefit in 2022 from a temporary respite with the peaks reached by the prices of hydrocarbons, notes Abderrahmane Mebtoul, economist specializing in energy. But this situation is ephemeral without structural reforms, the postponement of which exacerbates vulnerability factors. Among the latter is a public debt whose amount could increase from 50.7% of GDP in 2020 to 65.4% this year, according to the IMF.

The other benefit of the international situation for Algiers – the appreciation of its status as a strategic supplier of hydrocarbons to Europe – is just as relative. If it wants to meet the rising expectations of its customers, Algeria will have to straighten out an aging production system, all the more so as national consumption boosted by subsidies and demography is curbing its export capacities. From 2005 to 2020, its oil production has indeed decreased from 2 million to 1.34 million barrels of oil per day. Its gas production has gone from a range of 60-65 billion m3 of gas in 2007-2008 to 42-43 billion in 2021, even though the consumption of this same gas increased by 54%, to the point of now exceed exports.

According to Mr. Mebtoul, Algeria can meet the growing needs of Europe, but subject to a series of conditions. It will first have to “improve energy efficiency” and review “price policy” to the consumer. It will then be up to him to strengthen “upstream investments” allowing “new discoveries of traditional hydrocarbons”. To this end, Sonatrach, an Algerian public company, has signed several contracts in recent weeks, in particular with the Italian ENI or the Chinese Sinopec. A third imperative, according to Mr. Mebtoul, is to develop renewable energies, according to him “currently derisory” (1% of national consumption). With 3,000 hours of sunshine per year, Algeria has a potential that is still seriously under-exploited.

Fourthly, the construction of its first nuclear power plant in 2025 can provide it with additional leeway. Another avenue to explore, according to Mr. Mebtoul, is the resumption of research on shale gas in the south of the country, but the case will have to be the subject of “an internal social consensus”, he specifies, at the given the protests that the Mzab region had already been the scene of in 2015. Finally, Algeria will have to hasten the realization of the old idea of ​​a gas pipeline linking Nigeria to Europe via its southern Sahara, a task that has become somewhat complicated with the competition of an equivalent project between Nigeria and Morocco.

In any case, Algeria will have to become attractive again in the eyes of foreign investors who have been burned in recent years by a legal framework experienced as uncertain. “We need legislative and fiscal stability,” said Geoffroy Roux de Bézieux, president of Medef (French employers), visiting Algiers on May 24. A new investment law is currently under consideration, including a one-stop shop for foreign companies. “But this can only be translated on the ground on the condition of bringing down the bureaucratic monster”, warns the daily L’Expression, close to power.