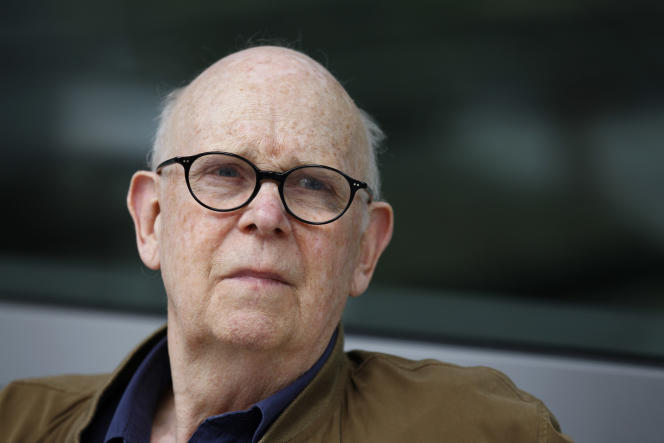 He was known for his monumental sculptures of everyday objects: American pop art artist of Swedish origin Claes Oldenburg died Monday July 18 at the age of 93 in New York, announced one of the galleries of art that represented him.

“He was recovering from a fall and died at his home and studio in New York,” Pace Gallery said in a message to Agence France-Presse.

Its founder, Arne Glimcher, hailed “one of the most radical artists of the 20th century”, who “changed the very nature of sculpture” and whose “influence is still perceptible today”. He liked to represent everyday life and the objects that punctuate it. Hamburgers, an ice cream cone or a clothes peg: these gigantic sculptures made Claes Oldenburg a world-famous artist. Millions of people have already been able to attend his works in public places.

A figure of opposition to the war

Among his works, “Lipstick Mounted on a Tank”, exhibited on the campus of Yale University in the late 1960s, caused a sensation and became a symbol for opponents of the American war in Vietnam. . A clothespin, still visible in Philadelphia, where you can read the numbers “76”, also marked the bicentenary of the American Declaration of Independence in 1976.

Born in 1929 in Stockholm, Claes Oldenburg grew up in particular in Chicago, where his diplomat father was Consul General of Sweden. He studied at Yale University, then at the School of the Art Institute of Chicago, and moved to New York in the 1950s. and in the early 1960s, when he staged his Happenings – a series of delirious installations and performances inspired by his surroundings,” in Manhattan’s Lower East Side, Pace Galleries recount in their tribute. .

“I’m all for an art that meddles with everyday shit and still comes out on top. I am for an art which imitates the human, which is comic, if necessary, or violent, or whatever is necessary, “he wrote in his manifesto, in 1961. Claes Oldenburg was notably the subject of exhibitions at MoMA, at the Whitney Museum in New York, or at the Guggenheim Museum in Bilbao.