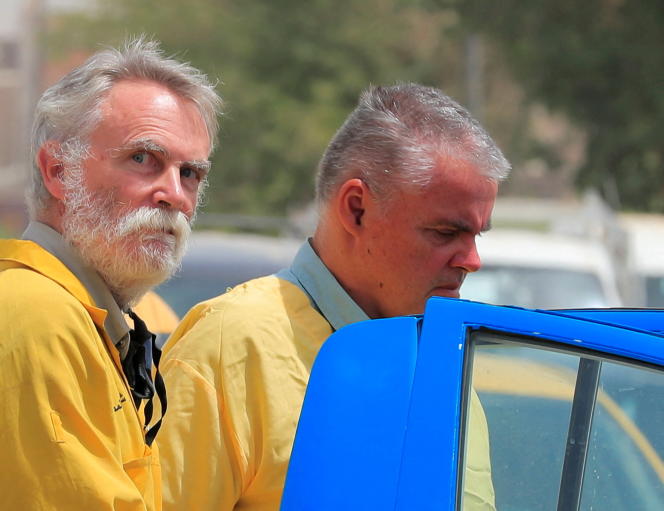 As the country seeks to open up to tourism, Iraq is sending a warning to potential travelers. James Fitton, a 66-year-old Briton found guilty of trying to smuggle antiquities out of Iraq, was sentenced Monday, June 6, to fifteen years in prison by a Baghdad court, while his co-defendant, Volker Waldmann, a German 60 years old, was acquitted.

The sentence for the crime committed by James Fitton “is death by hanging”, but the court decided to “reduce the sentence to fifteen years in prison because of the advanced age of the accused”, explained the judge in the verdict. Mr. Fitton’s lawyer has announced that he will appeal the decision.

The two men appeared before the criminal court of Al-Karkh, in Baghdad, dressed in the yellow combination of prisoners in Iraq, according to a journalist from Agence France-Presse present at the hearing. When the judge asked them if they considered themselves “guilty or not guilty of trafficking in antiquities”, they each answered “not guilty”.

James Fitton, a retired British geologist, and Volker Waldmann, a Berlin psychologist, were arrested on March 20 at Baghdad airport with pieces of stone, fragments of broken pottery and ceramics in their luggage. James Fitton and Volker Waldmann were in Iraq for an organized trip and did not know each other before this excursion.

Mr. Fitton’s luggage contained ten fragments of stones, shards of broken pottery or ceramics. Mr. Waldmann was in possession of two pieces which he said were given to him by his traveling companion.

At the start of their trial in May, the two men invoked their good faith, saying they did not know that the pieces in their possession could be considered antiques.

They were appearing under a 2002 law regulating heritage and antiquities, which provides for up to the death penalty for anyone found guilty of “intentionally removing or attempting to remove an antiquity from Iraq”. Iraqi antiquities have been looted for decades, thanks to the many conflicts that the country has experienced, including the American invasion of 2003.

The judge found in his verdict that Mr. Fitton was “aware” that the site from which he collected these fragments was “an archaeological site” and that it is “unlawful” to appropriate them. He concluded that “criminal intent” did exist, which defense attorney Thaer Massoud denied. For Me Massoud, this judgment is “extreme”.