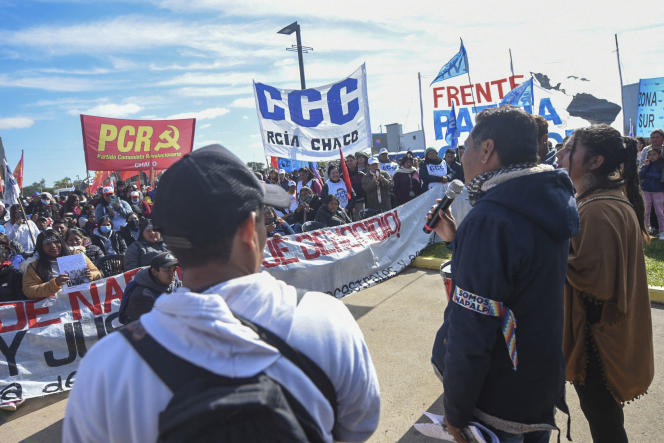 Argentinian justice formally recognized, Thursday, the “responsibility” of the State in the massacre of more than 400 natives, almost a century ago in a reserve of Chaco (north), during an unprecedented “trial for the truth” which recommended remedial measures.

In this case, the court established that “on the morning of Saturday July 19, 1924, a hundred policemen, gendarmes and a few armed civilians, supported by an airplane, arrived in the area of ​​the reserve where a thousand people, Qom families and Mocoit, and agricultural laborers were on strike” to protest their deplorable conditions in the cotton fields. This armed crew opened fire for more than an hour and “between 400 and 500 members of the Qom and Mocoit ethnic groups died (…), the wounded who could not escape were killed from the the most cruel way possible”, with mutilations, burials in mass graves.

For what is known as “the Napalpi massacre”, the memory of which has re-emerged for some fifteen years after a long invisibility, judge Zunilda Niremperger presiding over the court ordered “historical reparation measures”. Among these, the publication of the verdict in the Official Journal, the inclusion of the massacre in school programs, the broadcasting of the trial on public television, the continuation of forensic research to exhume and hand over the remains of the victims. A memorial has already been erected in 2020.

A first in Argentina

The theme of economic compensation was neither an issue nor a request during the debates, even if the judgment in theory could open the way to civil proceedings. The trial of Napalpi, of great symbolic value, without an “accused” as such, is nevertheless a first in Argentina, and the marker of an increased visibility of the crimes perpetrated against the indigenous peoples during the construction of Argentina as nation, throughout the 19th century and beyond.

The province of Chaco (which did not exist at the time of the events), the Human Rights Secretariat (governmental) and the Institute of the Aborigine Chaqueño were co-plaintiffs in the proceedings. Judge Niremperger had warned at the outset that the trial “was not looking for criminal responsibility, but to know the truth, in order to rehabilitate the memory of the peoples, to heal the wounds, to repair and also to activate the memory and the conscience of these violations of the human rights “.