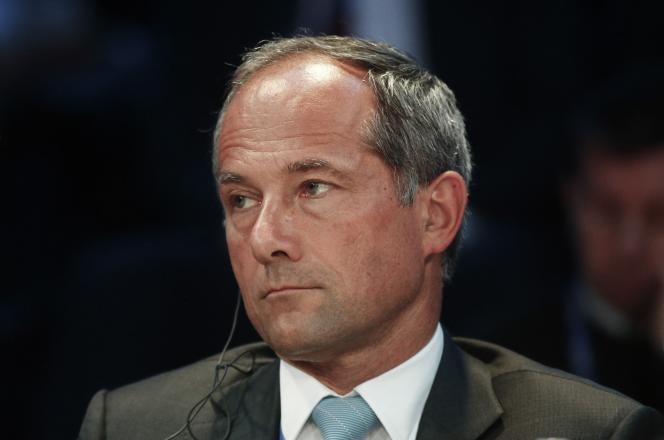 The atmosphere was tense on the 23rd floor of the Société Générale tower, in La Défense (Hauts-de-Seine), where the members of the general management rub shoulders, since their boss, Frédéric Oudéa, let it be known that he would be leaving home next year. Thus opening the race for his succession.

Taking his staff by surprise, the one who has led the group for fourteen years, announced during the general assembly (GA), on May 17, that he would leave in 2023, at the end of his mandate. “Frédéric informed us of his decision an hour before the GA”, testifies a member of the management committee.

In front of his shareholders, the banker, looking serious, right behind his desk, declared that “the world was probably entering a new cycle” and that he had “considered a lot of the various options available” concerning him. He also confided that his fourteen years at the head of Societe Generale had been “very demanding, sometimes difficult”.

Few leaders have indeed had to manage such a succession of crises, over such a long period. As Bloomberg has pointed out, British and German banks Barclays and Deutsche Bank each had five successive bosses during Mr. Oudéa’s tenure. He thus remains the last bank executive still in office – along with the American CEO of JPMorgan, Jamie Dimon – to have survived the financial crisis.

Propelled to the head of Societe Generale in 2008 in the midst of a storm, after a loss of 4.9 billion euros linked to transactions carried out by the trader Jérôme Kerviel, Mr. Oudéa then faced the crisis in the euro zone. Then, it is up to him to pay several billion dollars in fines, following the investigations carried out by the American authorities for various financial scandals: non-respect of embargoes, supposed manipulation of the Libor and Euribor interbank rates, or suspicions of corruption in Libya.

The bank also found itself at the forefront of the “Panama Papers” affair. It has also experienced a few hiccups related to its very aggressive strategy in market activities: it must issue a warning on its results for the fourth quarter of 2018, or even post, in the second quarter of 2020, a net loss of 1.3 billion euros. “Societe Generale was a little weird,” said a former bank executive. She had one of the most complex structured product portfolios in the world and therefore very complicated to hedge. »

Throughout these years, Societe Generale’s stock price has been much more bumpy than that of its great rival, BNP Paribas, which has widened the gap. The first reduced its scope, separating from its asset management activity or a large part of its retail banking network in Eastern Europe, while the second was expanding.

The episode too many

When war broke out in Ukraine on February 24, Societe Generale decided to sell Rosbank, its Russian subsidiary. The operation will have a negative impact of 3.1 billion euros on its accounts. For shareholders, this is one episode too many. “It was Frédéric Oudéa’s choice to stay in Russia, even after the annexation of Crimea in 2014, when several Russian banks had expressed their interest in Rosbank”, testifies a former Societe Generale.

After this new crisis paid off at a high price, the bank’s board of directors reportedly told Frédéric Oudéa that he would not be renewed in 2023 for a new term. According to an internal source, it was also the council that asked him to make the announcement during the GA.

“It was not the right timing. We are now entering an area of ​​uncertainty. It is a mistake by the board of directors not to have announced the name of the successor at the same time, we would have gained in serenity, ”worries Philippe Fournil, the national delegate of the CGT at Société Générale. Especially since the company is in the process of merging its two networks, that of Societe Generale and that of Crédit du Nord. The list of the first wave of branch closures has just been announced to employees. “You feel like you’ve been abandoned,” Mr. Fournil continues.

“The situation is not comfortable for Frédéric Oudéa. When you announce your departure well in advance, you lose a bit of your authority with investors, with regulators and with internal teams, ”adds the boss of a competing establishment. Some have seen, in this calendar, a link with the appointment three days later of his wife, Amélie Oudéa-Castéra, as Minister of Sports.

New director “in the fall”

In the Italian press, the chairman of the board of directors, Lorenzo Bini Smaghi, assured that the name of the new general manager of the bank would be announced “in the fall”. Internally, the deputy managing director, Sébastien Proto, 44, in charge of the delicate merger of the Societe Generale and Crédit du Nord networks, is a favorite. In the eyes of all, he is the candidate pushed by Frédéric Oudéa, who opened the doors of the group to him, in 2018, for the position of director of strategy.

Both went through the ENA and the finance inspectorate. Sébastien Proto rubbed shoulders with Emmanuel Macron there, before discovering politics alongside Nicolas Sarkozy, his mentor, with whom he maintains “an emotional bond”. Facing him, Slawomir Krupa, also in his forties, head of Societe Generale’s financing and investment activities, does not have the same networks but appears to be a serious candidate.

A pure product of the bank, which he joined in 1996 through the prestigious general inspection branch, he then became Jean-Pierre Mustier’s chief of staff, while the latter headed the corporate banking and banking division. investment until the Kerviel scandal in 2008. More recently, he led Societe Generale Americas during the bank’s negotiations with the American authorities on the Libor and Libya files. Rivalries likely to trigger, over the months, chapel wars within the group.