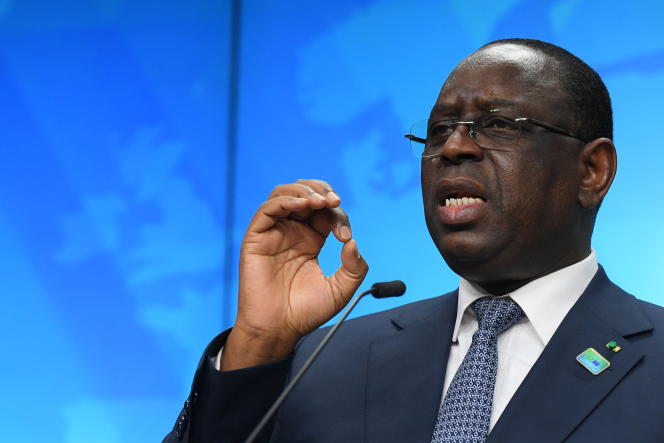 Senegalese Head of State Macky Sall, current chairman of the African Union (AU), calls for the creation of an African financial rating agency in the face of “sometimes very arbitrary” assessments by international agencies that exaggerate the risk of investment in Africa which increases the cost of credit.

Mr. Sall spoke of “the need in the face of injustices, sometimes very arbitrary ratings, to have a pan-African rating agency”, in a speech broadcast Sunday, May 15 on private radio RFM. He had spoken the day before at the Dakar 2022 Economic Conference organized by African economists on the theme Africa as a leading partner.

Interest rates that are too high

“In 2020, as all economies felt the effects of Covid-19, 18 out of 32 African countries rated by at least one of the major rating agencies saw their ratings downgraded. This represents 56% downgraded ratings for African countries against a global average of 31% during the period,” he said.

“Studies have shown that at least 20% of the rating criteria for African countries are rather subjective factors of a cultural or linguistic nature, unrelated to the parameters that gauge the stability of an economy,” he said. still estimated.

One of the consequences is that “the perception of investment risk in Africa always remains higher than the actual risk. We thus find ourselves paying more than necessary in insurance premiums, which increases the credit granted to our countries”. “We continue to pay very high interest rates because of an unfair system of rating investment risk in Africa,” he insisted.