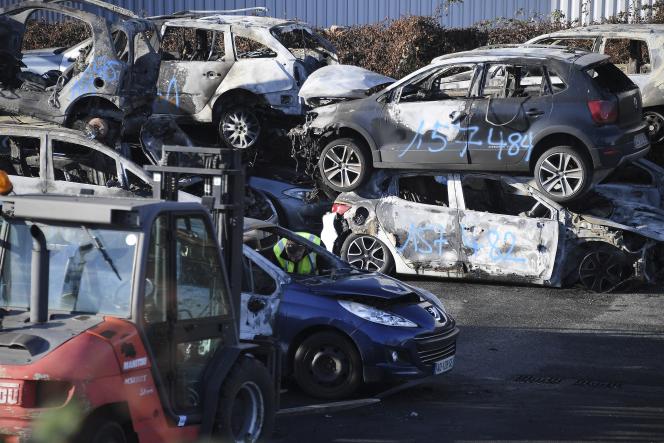 What if we extended the life of our old cars? Pardon the 30-year-old Twingos, absolve the diesels without a particulate filter: the proposal appears counter-intuitive, even perfectly iconoclastic. It goes against the credo of the automotive industry and governments, who swear by the renewal of the fleet, with a lot of conversion bonuses and ecological bonuses, to reduce the carbon footprint of our travels. Faced with this doxa, a little music is sometimes heard that intends to challenge what it considers to be a costly and CO2-intensive technological headlong rush.

An approach, based on the concept of life cycle analysis, which takes into account not only the emissions produced by the vehicle in running order, but all of its impact on the environment, from the manufacture of its components to its final recycling. According to the Federation of European NGOs Transport

So is it really a good idea to scrap high-mileage automobiles—another energy-intensive activity—and replace them with more technologically advanced models that are environmentally damaging to produce? “To reduce the amount of energy consumed, we are invited to increase our consumption”, alarms the Swiss activist Lucien Willemin, who denounces “the collective illusion” caused by the non-consideration of “energy grey “. In other words, the polluting emissions caused by the manufacture of new objects.

An additional argument, mechanics that have lived, in addition to often remaining in working order, generally belong to households with low purchasing power who will have great difficulty renewing their car. They are the first to be excluded from low-emission zones, these perimeters which prohibit access to vehicles over a certain age, which are expected to be generalized to agglomerations of more than 150,000 inhabitants. This very proactive vision of the principle of sobriety, forged according to the precepts of degrowth, gives nightmares to manufacturers, who do not fail to highlight its consequences on employment.

This approach also has the disadvantage of compromising the short-term improvement of air quality thanks, among other things, to the shedding of diesel engines. Still, taking into account the overall carbon footprint of a vehicle is an idea that seems to be gaining ground. So, instead of keeping our old cars as they are, some suggest “retrofitting”, a less drastic option of rejuvenating them by fitting them with a battery and an electric motor. According to the French Environment and Energy Management Agency, “retrofitting” a diesel results in a better CO2 balance than scrapping followed by the purchase of an electric vehicle.

Attractive on paper, this approach comes up against the economic profitability of the operation, conceivable for a bus but more than uncertain, even out of reach, for a city car. Sign, however, that the idea of ​​making new out of old is beginning to infuse, companies specializing in reconditioned second-hand models, such as Aramisauto, are flourishing, and the Renault factory in Flins (Yvelines) is turning into a “re-factory” dedicated to reconditioning. “Keep your old car, transform it or renew it? Even if the question seems to be posed in these terms, it looks like a false debate. The central question is that of services, “says Diane Strauss, director for France of Transport

According to this organization, the overall environmental balance of the electric car is favorable – according to its studies, you have to drive 18,000 kilometers, or just over a year on average, for such a vehicle to “pay its debt of CO2 “compared to a thermal – but it remains essential to reduce the mileage traveled by car. “The priority is to develop rental formulas in all their forms in the city and in suburban areas in order to pool costs and limit the stock of vehicles”, insists Ms. Strauss, citing in particular the Citiz car-sharing network. Quietly, he has built up a portfolio of 50,000 customers, spread across 150 municipalities.