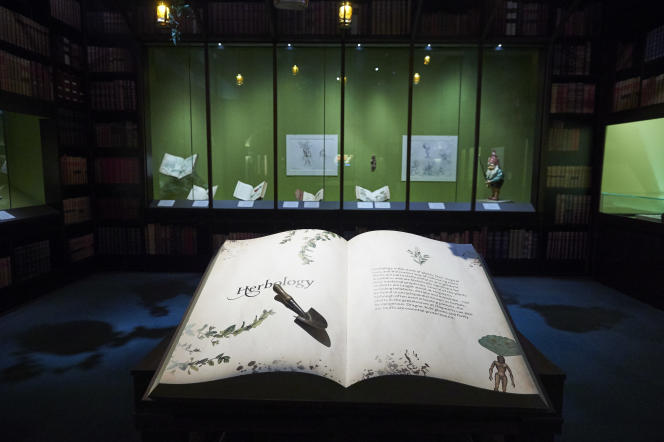 Marianne Chaillan, professor of philosophy and author of Harry Potter at the School of Philosophy (Ellipses), has tracked down the philosophical questions nestled in the novels of J. K. Rowling. Dementors, mirror of Erised or ghosts… In the adventures of the young wizard with the scar, there is material for many subjects of dissertation.

What to enrich copies of philosophy at the baccalaureate, and illustrate an idea? These references should be used with caution. “Elements drawn from popular culture can serve as an example, but should never replace philosophical theses,” recalls the teacher. Rather, I invite my students to use them above all as tools for understanding certain theses, and as a means of fixing their memory. Understanding Sartre through Harry Potter is already a great benefit. To your chopsticks!

Do you have to be virtuous to be happy? The question calls on a Platonic theory, which Marianne Chaillan reads between the lines of the hit saga. In Plato’s Gorgias, Socrates evokes the case of King Archelaus. Archelaus managed to become king by dint of crimes. Doesn’t it show that man can, through injustice or in spite of it, become happy?, asks his interlocutor. Socrates responds on the contrary that only the virtuous man is truly happy. Happiness is the immediate reward of virtue. He who is unjust can only be unhappy. For Socrates, even more unhappy is the one who has been unjust without being caught, and therefore without being punished. He thus considers that not only Archelaus is an unhappy man, but that he is also the most unhappy of men. For Socrates, the unjust man is condemned, in his soul and in his life.

The physical transformation of Tom Riddle – becoming Voldemort, murderer of Harry’s parents – is the literary translation of the Gorgias. The young and handsome boy, thirsty for power, will kill to split his soul into several pieces – which he then hides in objects, horcruxes – and thus ensure immortality. J.K. Rowling makes physically visible the alteration of his soul as a result of the injustice he has committed. The more immoral and unfair Tom Riddle becomes, the more his body changes from beautiful to scary. Voldemort’s terrifying appearance is a reflection of his tainted soul. “Killing rends the soul”: are these words of J. K. Rowling not the very translation of the Platonic thesis?

The Desire: Harry Potter and His Lost Parents

Through his invention of the Mirror of Erised, J.K. Rowling helps us understand the Stoic idea that we must change our desires to be happy. Dumbledore explains it to Harry: this mirror shows us the deepest desire we harbor. Also, for the happiest man in the world, for the one who lacks nothing, the mirror would be just an ordinary mirror, sending back only his own reflection. In contrast, for Harry, who grew up not knowing his parents, the mirror shows his father and mother by his side.

Dumbledore teaches us that “humans have a gift for desiring what hurts them most”. That is why “men have wasted away or gone mad beholding what they saw there.” This is why the sage will choose to hide the mirror. He concludes, “It doesn’t do much good to settle into dreams forgetting to live. Albus Dumbledore is the worthy representative of Epictetus, for whom a good part of the misfortune of men is due to the fact that they carry their desire towards bad objects, that is to say, towards objects on which it does not depend. them to own them. Desiring what does not depend on me makes me a fool, a “sick person”, according to the Stoics.

So we must learn, as Descartes will invite us to do later, to “change our desires rather than wanting to change the order of the world”. We must desire only what depends on us. To carry one’s desire for things that do not depend on oneself runs the risk of experiencing suffering, disappointment, sad passions. Harry is therefore very “sick” in the Stoic sense of the term, since he wants his family to live forever: but that is not up to him.

Liberty and the Sorting Hat

On the question of freedom, J.K. Rowling argues a Sartrean thesis, embodied in the inaugural scene of the sorting of wizarding students into their “house” by the Sorting Hat.

The attribution of one house rather than another would seem, on the one hand, to stem from a pure foreign determination (it is the hat that decides and not the one who wears it), and on the other hand on qualities which we would have intrinsically without having chosen them. We would therefore possess a nature that we would not have chosen but which would define us and according to which we would be oriented towards such and such a house.

In reality, the old hat takes into account the preferences of young wizards. Harry Potter asks with all his might not to be sent to Slytherin, a house that has welcomed a whole line of powerful but dangerous mages – including Voldemort, the murderer of his parents. And it works: the Sorting Hat announces that it will join the Gryffindors. Thus, it would be our choices that would define us, and not our dispositions or external events. This is what Sartre means when he writes that, for man, “existence precedes essence.” Unlike the object, which had to be designed before being created and for which, therefore, the essence precedes existence, man exists first and then defines himself, throughout his life. , as he will choose himself through his actions.

This question of free will is part of the fear that inhabits Harry when he discovers the many points in common between him and Tom Riddle. Basically, his fear is of being caught up in a “becoming-Voldemort”. Does Harry share a common nature with Voldemort, some key attributes that would lead him to become one kind of person rather than another? His godfather, Sirius Black, will be Sartre’s spokesperson by answering him that we are free to choose ourselves, whatever our past, whatever our alleged heredity. Nothing defines us (not even cruel trials), except our choices and the actions that embody them. Who, as such, could better than Sirius give Harry this speech of freedom despite the determinisms of the past? While Sirius’ parents and family members were strong supporters of the Dark Lord, he himself chose the Order of the Phoenix.