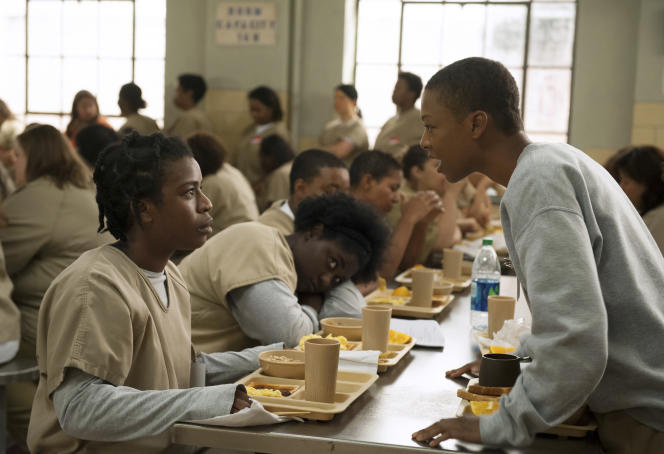 Which Socrates statement best illustrates the Orange Is The New Black series? If Sartre had known Joe Goldberg, the protagonist of the You series, would he have asserted that he is oblivious, deceived by his conscience, a free subject, or responsible for his actions? The long-running format of television series helps embrace the complexity of the human experience. These works of fiction can thus constitute a good support for philosophical reflection, believes Caroline Maitrot, founder of Nomad Education, an application for reviewing the baccalaureate which uses this approach.

Why combine reviews and popular culture?

By mobilizing popular cultural references, we take pleasure in learning. For students, it is sometimes easier to understand an anaphora with IAM than with a book from the last century. Review physics with Star Wars, literary figures of speech with rap… On social networks, content that combines popular culture and school concepts is a hit. It is enough to see the success met, on Tik tok, by the Rapémathiques videos of the professor of mathematics and rapper A’Rieka.

How do the series allow students to work on their philosophy?

The philosophy baccalaureate program resonates with issues at the heart of certain series. Little Big Lies, which depicts three mothers involved in a murder, illustrates the notion of duty theorized by Kant. The single mother who has a tracking chip implanted in her daughter’s brain in the Black Mirror series points out the dangers of technological enslavement, and can be compared to Rousseau’s critique of technical progress.

The Enfer Blanc series, centered on oil drilling in the Arctic, allows us to approach the concept of nature, and evokes the environmental concerns that mobilize the younger generation. The series combine current affairs and philosophy, sometimes in an incredibly striking way. Personally, I did not manage to go to the end of La Servant Écarlate, so much I was affected as a woman by this dystopia which points to serious attacks on freedoms. More and more philosophers are working on series, and books on pop philosophy are multiplying. The institution, on the other hand, is more cautious. The same teachers who use this approach in our app may be reluctant to discuss series in their lessons. Freedom in the classroom, that’s a good philosophy!

Can we cite series in his baccalaureate paper?

I asked several teachers this question, and all of them answered in the affirmative. Evoking series, films, or even exhibitions in its copy is possible. Provided, of course, to justify the reference, to show how it feeds a reflection. We can, for example, mention The Scarlet Servant, where a politico-religious sect deprives the population of its rights, to show how freedom passes through revolt, and to what extent the latter is a state of mind, an awareness of which is unfair and unacceptable. In his Discourse on Voluntary Servitude, La Boétie does not say otherwise: the spirit of revolt is an act of resistance and a means of survival, its absence contributes to the power of the tyrant. Be careful though. If you can be original in your references, you should never disregard the methodology: otherwise you risk going all over the place.