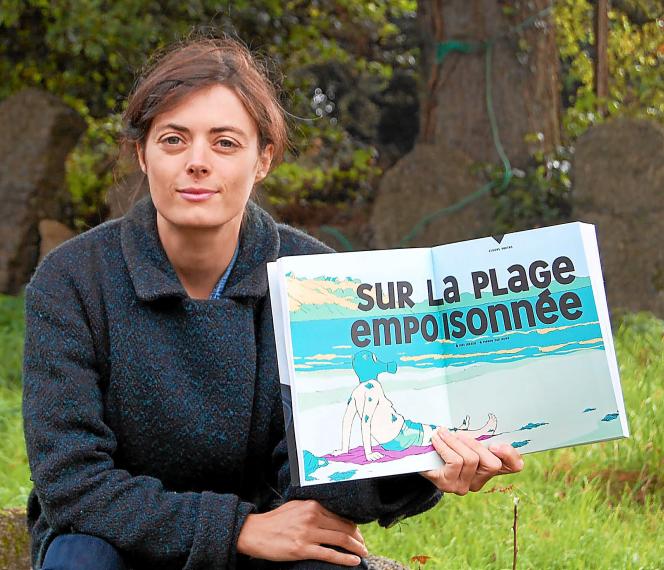 In the beginning were Inès Léraud’s investigations around the Breton agri-food industry – in particular on France Culture -, the success of her comic strip (Green Algae. The Forbidden History, La Revue Dessinée-Delcourt, 2019) and the intimidation suffered .

Then there is the order (by Christophe Barreyre, the producer of France Inter) to François Pérache of a fiction around his story. That’s good: the actor and author of the series La Veste (about François Fillon) and Jeanne returns (about the Le Pens) admires the work done by the journalist. After a little work (understatement) and a few cold sweats (a computer crash, a version and a few lost illusions), he gives us four episodes impeccably directed by his accomplice Cédric Aussir.

Episode 1 begins with an interview with Inès Léraud – embodied for the purposes of the fiction by the actress Claire Sermonne. She explains how much she will have to win the trust of farmers who are often afraid to speak. She talks about her meeting with a local trade unionist, who, after telling her some dramatic stories, reinforces her desire to extend the microphone to those who do not have it. With, as François Pérache writes, “anger as a driving force and hatred of injustice as fuel”.

“It’s like I got an acid splash as soon as I opened the bag of pellets. After realizing that everything around him had been contaminated and while so many of his colleagues are suffering from bleeding, vomiting, diarrhea and cancer, this handler is ready to file a complaint. And it is the whole chain – handler, breeder, driver-deliveryman – that makes itself heard. Or who tries to do so, despite intimidation.

It is also, implicitly, the story of Brittany converting to hyperproductivism, and that of the pesticide scandal, while conflicts of interest and self-interested arrangements are going well.

And then there is the silence. The one that happens when some people dare to talk about the situation. The one to which we try to reduce the journalists who are interested in it. This is partly the subject of episode 4, as Radio Kreiz Breizh journalist Morgan Large notices that one of the rear wheels of his car had been unbolted.

This is an opportunity to discuss the galleys of independent, underpaid journalists. François Pérache has dubbed Inès Léraud “the Erin Brockovich of Brittany”. Becoming a fictional character is, she says, “a funny experience, even if [she] feels like it protects [her]. While waiting for the filming this summer of Algues vertes, by filmmaker Pierre Jolivet, she got back to work: “A comic strip on the history of the consolidation of agricultural land to install intensive agriculture. The feather in the wound, then; still.