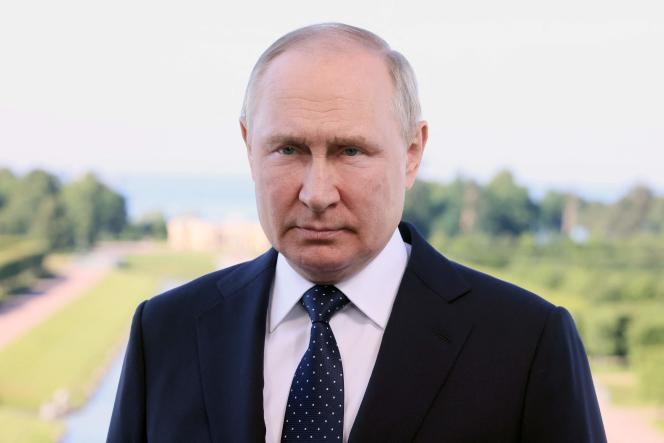 Former Minister of Foreign Affairs of the Netherlands and professor at the University of Leiden, Jaap de Hoop Scheffer was head of the North Atlantic Treaty Organization (NATO) from 2004 to 2009. His mandate was marked by an attempt at rapprochement with Russia and the accession, in 2004, of Bulgaria, Estonia, Latvia, Lithuania, Romania, Slovakia and Slovenia, then of Albania and Croatia in 2009.

The situation was good in 2004, bad in 2007-2008, very bad in 2014 with the annexation of Crimea, even worse today… Never, at the beginning of my mandate, did Moscow protest against the enlargement of the NATO. In 2008, during our summit in Bucharest, in the presence of Vladimir Poutine, we had however to find a compromise, weak and not very useful, at the end of a very hard confrontation between George W. Bush and Nicolas Sarkozy, as well as between Europeans. On this occasion, the postponement of the status of candidates for Ukraine and Georgia was recorded, Putin having deemed that these candidacies were unacceptable.

The lightning war he launched in August 2008 for control of the Georgian province of South Ossetia was already a direct consequence of this Bucharest summit. I understood during my tenure, when relations began to deteriorate, that Putin is a rational being focused on reclaiming his former empire. And a dictator’s rationality can be as dangerous as his irrationality. So it was the magnitude of what was unleashed last February 24 that amazed me, but not the unleashing itself. I believe that Georgia and Moldova are among his other targets, as well as the Baltic states, although he is aware that this would be much more complicated. I fear that his thirst for conquest has not been quenched.

“Humiliation” probably wasn’t the right word at the right time. More important is the unprecedented solidarity and unity that characterized the response of the European Union [EU] and NATO. The Atlantic Alliance has shown its solidarity, it could expand to include Finland and Sweden, it is once again enjoying the full attention of the United States, strengthening its eastern flank, and its members are once again concerned about their defense , after what I have called their “geopolitical vacation” period.

That said, there will come a time – I don’t know when – when we will have to return to some form of diplomacy. With a key difficulty: neither the EU nor NATO have, in fact, ever really defined what form our relationship with Russia should take. Poles, Baltics and Central Europe have, for understandable reasons, a very different vision from that of Germany or France, which until recently spoke of a “reset” [relaunch] of this relationship. In the end, it will be necessary to decide between the position of France, which delivers arms while not renouncing diplomacy, the intransigent line of Poland and the others, and the opinion of Germany, which is between…

This open door to a possible enlargement of the Union suggests a Europe that would be completely different. It’s very difficult to say for a friendly country which, in addition, is at war, but we have to consider the fundamental changes, in terms of operation, budget, or almost impossible consensus in the field of foreign policy, that such a development would entail.

You can blame him for a lot of things, not for the ideas he puts forward. Having countries “close” to the EU, but not in it, would be very interesting, and positive for all.

This is the major question of resilience. We are facing high inflation, a possible recession, an increase in interest rates… The responsibility of politicians is now, despite all these difficulties, to ensure that our gaze is not diverted from this conflict. And it is important, in my view, that the NATO summit produces a clear consensus as to what the “day after” the war will be: that moment will come sooner or later and will again involve diplomacy. But what will NATO, the EU and President Zelensky say on that day? It is crucial that we determine this and that we avoid any division on this point.