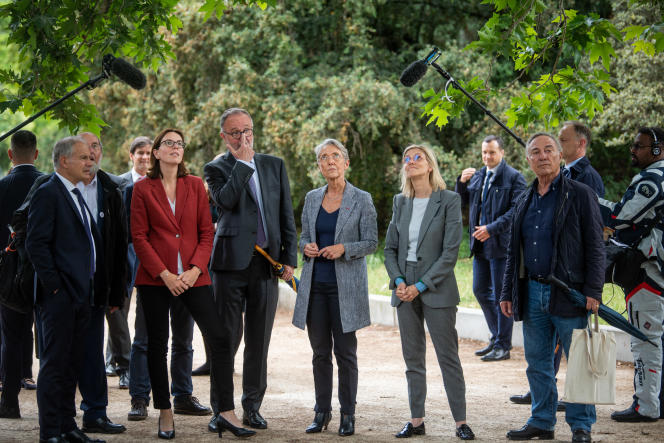 Four days after their appointment to the new Borne government, Amélie de Montchalin, minister responsible for ecological transition and territorial cohesion, and Agnès Pannier-Runacher, minister for energy transition, tried on Tuesday 24 May to respond to the accusations of illegitimacy made against them.

Several environmental organizations have expressed their skepticism about the profiles and the capacity to act of the new appointees, like Greenpeace. The non-governmental organization estimated that “the personalities chosen” to oversee climate issues “have no specific experience of their subject or vision of global issues, except for a blind belief in the chimeras of climate change. green growth and technologies that don’t exist”.

To defend their appointment, the two ministers, experts in economics but without experience on the environment, put forward the card of “efficiency” and ecological conviction, failing to be able to testify to a past commitment in the matter.

Willingness “to be judged by results”

“What is true is that I never got my Europe Ecologie-Les Verts card. But I have very strong convictions on climate change and on biodiversity, because I am part of a generation which is the one which has already seen all these changes become concrete, “said Ms. de Montchalin, former minister transformation and the public service, Tuesday, at the microphone of France Inter. She continued, explaining:

I am a woman of efficiency and the choice of the President of the Republic and of the Prime Minister, as they presented to me the mission they entrusted to me, is not to send a political signal to a electorate, it is not to do political ecology, it is to carry out an ecological policy which provides the French with a better life.

Criticized for having voted against an amendment aimed at banning the use of glyphosate in 2018, the former MP defended her choice: “If I do not regret one thing, it is to have considered that this subject was European. (…) Yes, as a member of Parliament, I had made a completely assumed choice: we cannot go it alone for any area whatsoever, otherwise it is our economy, it is our producers , it is our farmers that we are leaving behind. “I can tell you: the will is there, the conviction is there and above all, I want results and I want to be judged on the results that we will have,” she concluded.

For her part, Agnès Pannier-Runacher wanted to demonstrate, on Tuesday, on BFM-TV, that ecology was “not a new subject” for her. In support, she invoked her action as Minister of Industry “in the previous government, to reduce greenhouse gas emissions from industrial sites”. The former minister also recalled that, thanks to the recovery plan, France has “reduced its emissions by 3.6 million tonnes of CO2 equivalent”. She also mentioned “the strong ecological content” of the France 2030 investment plan, or her work at Bercy on the “simplification of procedures” for deploying new renewable energies.

“I assume to be a technician, to work a lot, to know my files. These are complicated subjects that cannot be entrusted to people who are only in the slogan or in the lyrics. You have to be in action,” retorted, the one whose roadmap is “to get France out of fossil fuels”.

Monday, on the occasion of an express but symbolic visit to the Museum of Natural History at the Jardin des Plantes in Paris, the Prime Minister, Elisabeth Borne, accompanied by the two ministers, also wanted to give pledges to the defenders of biodiversity . She said that each of the ministers of her government will receive a “roadmap” by September to decline the environmental transition, according to portfolio.