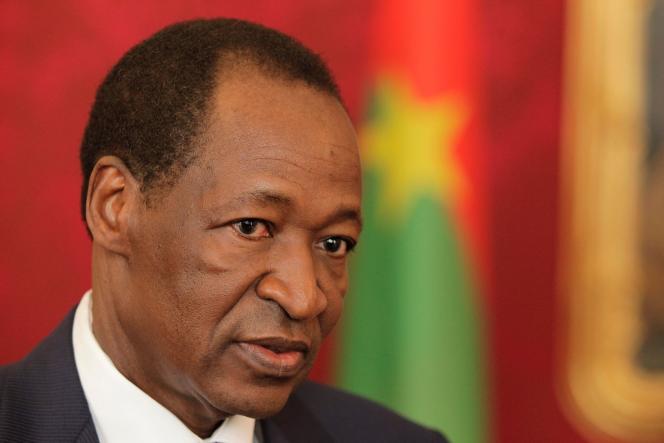 The government of Burkina Faso confirmed on Wednesday June 6 that ex-president Blaise Compaoré, in exile since being overthrown in 2014 by a popular uprising, was expected in Ouagadougou on Friday for a meeting of former heads of state. in order to “accelerate reconciliation”.

In a brief press release, the presidency of Burkina Faso invited to “a high-level meeting” on Friday the five former heads of state still alive, including Mr. Compaoré. Government spokesman Lionel Bilgo said the arrival of Mr. Compaoré, 71, was “very likely and even expected” for this meeting. The entourage of Blaise Compaoré and a source close to power in Ouagadougou had indicated Tuesday evening that the former president was to return to his country for a short stay.

On Wednesday, Ivorian government spokesman Amadou Coulibaly confirmed that “contacts” had been made with Côte d’Ivoire where Mr. Compaoré has been in exile since 2014. “Burkina Faso has embarked on a process of reconciliation (…) all arrangements are being made for President Compaoré to actively participate in this process,” he insisted.

Will he be able to tread Burkinabe soil as a free man? On April 6, Mr. Compaoré was sentenced in absentia in Burkina to life imprisonment for his role in the assassination of his predecessor Thomas Sankara, during a coup that brought him to power in 1987.

In a statement on Wednesday, Thomas Sankara’s lawyers called on the judicial authorities to “arrest and deport” Blaise Compaoré upon his arrival in Burkina Faso. “This important meeting for the life of the Nation does not hinder the legal proceedings initiated against some,” said the presidency in its statement on Wednesday.

In power since a putsch in January, Lieutenant-Colonel Paul-Henri Sandaogo Damiba is trying to create a “sacred union” around him to help him in the fight against the jihadist groups that have bloodied Burkina Faso since 2015 and whose attacks more and more deadly have multiplied in recent weeks.

The meeting between the Heads of State is thus also organized to “mutualize energies and synergies (…) to fight effectively against the tragedy which strikes us but also to reduce internal fractures”, declared spokesperson Lionel Bilgo on Wednesday.

According to a source close to the presidency in Ouagadougou, Blaise Compaoré will reside in a state villa in which President Roch Marc Christian Kaboré was placed under house arrest after the putsch.

President Compaoré had been forced to go into exile in Côte d’Ivoire in October 2014, the day after violent popular riots and under pressure from the army and the opposition, who opposed his desire to want to stay in the country. power. On social media, supporters of the former president called for a rally at Ouagadougou airport on Friday morning.