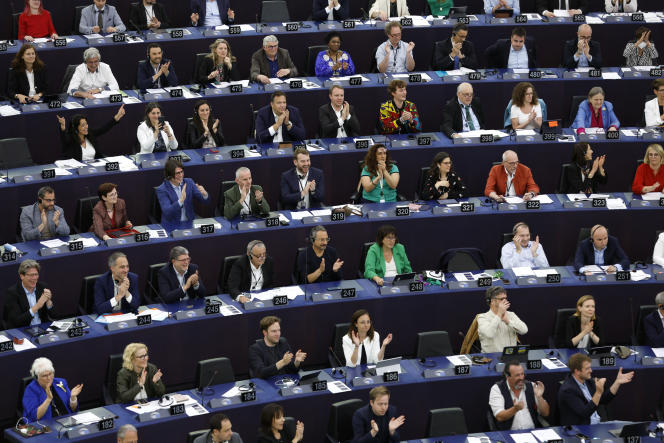 One last turn of the piston and then it’s gone… The European Parliament voted on Wednesday June 8 to ban the sale of new cars and vans with internal combustion engines in the European Union from 2035. a niche reserved for luxury cars, no more petrol or diesel engines will be authorized, nor even any hybrid, gas (LPG, CNG), agrofuel (ethanol, agrodiesel) or synthetic fuel engines. In thirteen years, in Europe, only vehicles emitting zero CO2 during their use can be registered for the first time, in fact electric or hydrogen cars.

This Strasbourg vote is in fact only a stage. To be applied, the new regulation will have to go through the European Council of Ministers of the Environment, on June 28, which will be able to amend the text, then through a “trialogue” involving the European Commission, MEPs and the Council. These negotiations should not lead to a final settlement until the fall. However, today’s poll is loaded with symbols. It programs the end of a vast history, that of the combustion engine, which will have marked the technology, industry, economy, culture of Western countries, then of the whole world, for one hundred and fifty years.

“It was close, but it’s a historic vote, confirms Lucien Mathieu, spokesperson for France for the Brussels NGO Transport

The tone is opposite on the manufacturers’ side. “It’s a decision against the market, against innovation and modern technologies,” raged Hildegard Müller, president of the powerful German manufacturers’ federation VDA. In Europe, in the first quarter of 2022, sales of 100% electric cars accounted for 10% of registrations. In France, the market share of zero emissions rises to 12% over the first five months of 2022 (compared to 7% for the same period of 2021), but CO2 emissions from new vehicles have stagnated since August.

On the side of the French automotive industry, the tone is less offensive, but the skepticism shines through. “Make no mistake, we are not opposed to this development, underlines Marc Mortureux, general delegate of the Automotive Platform (PFA), which federates companies in the sector. Our major manufacturers are already investing in the transition: in ranges of electric vehicles, in gigafactories of batteries. The public authorities still have to ensure that the rest follows. Decarbonized electricity will be needed everywhere in Europe; the rate of installation of new charging stations will have to be multiplied by seven by 2030; it will be necessary to secure the supply of the materials necessary for the manufacture of batteries. »

For manufacturers, rising inflation, particularly on components for electric cars, complicates the equation. “We are the only ones in the world to make electric the only solution for the transition,” notes Mr. Mortureux. However, this radical decision is taken at a time when it will be very complicated to lower the cost of electricity to make it accessible to all. Among supporters of zero emissions, this argument is refuted. “Before the war in Ukraine, the technological consensus estimated that the production cost parity between electric and thermal would be reached in five years, explains Mr. Mathieu. Admittedly, the inflationary outbreak will delay this moment but, according to our experts, by two years at most. »

The reality is that the major manufacturers, spurred on by stock market investors, have almost all announced that their flagship brands in Europe will be 100% electric by 2030: Renault, Peugeot, Fiat, Opel, Volkswagen, Volvo, Citroën, DS… But, at T