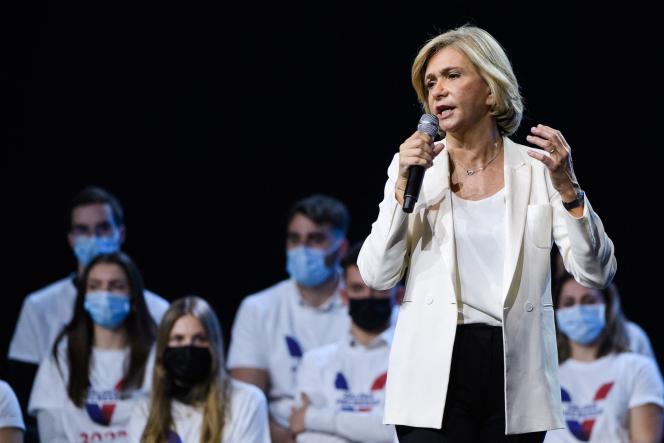 Like a relief. In a video posted Tuesday on Twitter, Valérie Pécresse, the former candidate of the Les Républicains (LR) party during the presidential election, eliminated in the first round with 4.78% of the votes cast, thanked her supporters who allowed her to collect the 5.1 million euros needed to repay his presidential campaign, confirming the information given Monday by his entourage to Parisian, then to Agence France-Presse.

Ms. Pécresse, who had until May 31 to raise these funds, received in detail 3.3 million euros in donations from individuals, to which are added 1.2 million euros contributed by her party as well as 600 000 euros paid by the State because of its score below the 5% mark.

The president of the Ile-de-France region had “personally indebted up to 5 million euros” for her campaign. Realizing a score that does not allow her to reach the 5% mark, which opens the way to a significant rate of reimbursement of campaign expenses by the State, she launched a call for donations on April 25, before then relaunching his call by invoking “those who share [his] convictions”, but also those who, “for fear of extremes have chosen the useful vote from the first round”.

“She doesn’t ask for charity”

Former head of state Nicolas Sarkozy – who had not supported Ms. Pécresse during her campaign, then had supported Emmanuel Macron during the intervening period and pleaded for the “rassemblement” – had made a donation of 2,000 euros, which had been refused and returned by the candidate. “She does not ask for charity, but solidarity and friendship. She is a woman of honor, “said those around her.

“Thanks to you, thanks to the support of the Republicans, the expenses of my campaign for the presidential election are now fully financed and the personal loan that I took out will be reimbursed”, thus declares the interested party in the video. “Your outpouring of solidarity touched me”, “your messages of support encourage me to continue my commitment for the French and for France”, added the current president of the Ile-de-France region.