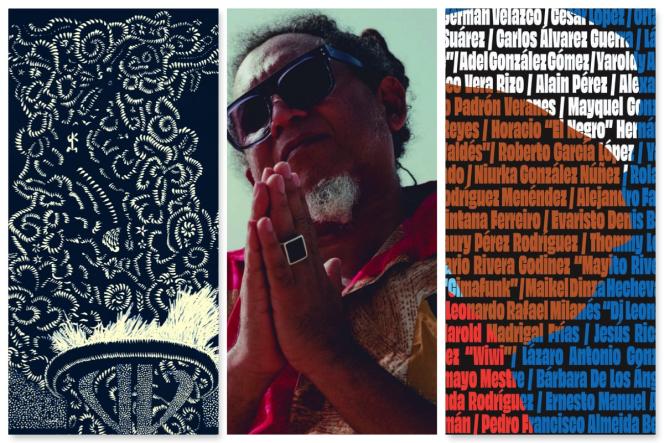 The children of Irakere

Founded in 1973 by piano master Chucho Valdés, Irakere was the first Cuban group to dabble in jazz after 1959, under the guise of traditional music. An experimental formation, Irakere has become a reference in Cuba and on the international scene. Besides prominent Arturo Sandoval and Paquito D’Rivera, Angá Díaz, José Luis Cortés “El Tosco” and Orlando “Maraca” Valle are among the past signings of the Irakere school.

In a first movement, the speakers compete in virtuosity in descarga mode. By far the most interesting part that allows you to savor the unstoppable rhythm, the Afro-Cuban influences, the elegant contributions of the Maraca flute and the guitar of Hector Quintana. After a more peaceful level, the recording takes off in an explosive finale bringing together a successful potpourri, the dancing El Tamal performed by Maïkel Dinza and an astonishing disco version by Baila Mi Ritmo with Cimafunk as chief deconstructor.

Like other Caribbean genres, Guadeloupe gwoka was a music of resilience at the time of slavery. The so-called modern gwoka is resistance music developed from the work of Gérard Lockel. In the early 1970s, the nationalist musician had theorized gwoka modèn as much as a current of thought as a musical theory. The compilation “Léspri Ka: New Directions in Gwoka Music from Guadeloupe 1981-2010”, published by the London label Time Capsule, looks back on the development of the contemporary form of gwoka, a movement intimately linked to social struggles and identity claims.

We will discover unknown groups like Dao, the pioneer Kalindi or the reference Gui Konket. “Léspri Ka” immerses us in hypnotic, heady, fascinating music, with a preference for spiritual, psychedelic and trance-friendly tracks. We will appreciate the care taken in the booklet which explains the history of traditional gwoka and puts modern gwoka into perspective before presenting each title and their performers.

“Léspri Ka” reminds us if necessary that Caribbean music is not confined to Cuban son, Dominican merengue or Jamaican reggae. And if the epic of “Léspri Ka” stops in 2010, the modernity of gwoka has never been so relevant. Thanks to the jazzmen Jacques Schwarzt-Bart, Franck Nicolas, Sonny Troupé, Arnaud Dolmen.

The old school of Papa Orbe

Singer and tresero from Santiago de Cuba, Papa Orbe Ortiz has been a key figure on the Barcelona scene for over twenty years. However, “Sabor y Medio” is the veteran’s first record. The recording of a group more accustomed to the stage than to the studios could have aroused fears… swept away by the intelligence of the approach, in particular the care given to the quality of the sound.

His cubano, changüi, guajira, rumba, boogaloo, mambo and old-fashioned salsa… We revel in a polished old-school sound that we haven’t heard for a long time. The meticulous production (Rocafort Records, accustomed to quality reissues and Electropikal Creative by Marcelo Rosario Morales, ex-singer of Sucursal SA) highlights the tasty repertoire of Papa Orbe. To taste with the ears, and why not with the feet.