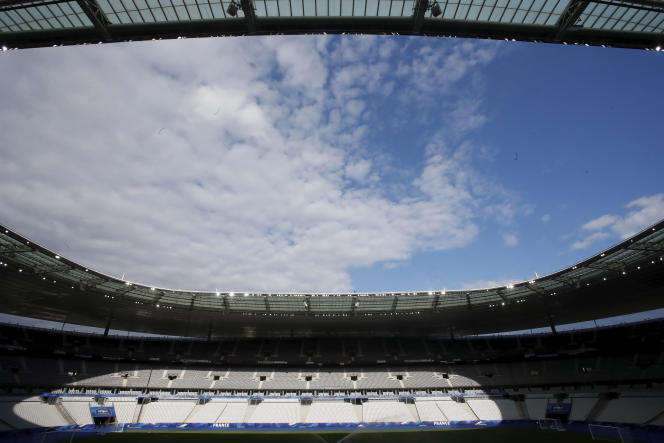 A major annual sporting and television event, the European Champions League final records an audience of nearly 340 million viewers worldwide. Depending on the country and the poster offered, the scores are higher or lower. But in recent years, the audiences recorded in France have been disappointing.

The fault of an unreadable exhibition for a competition officially part of the “sporting events of major importance”, which must be visible on a free channel. The finale has changed channels many times in recent years.

For the period 2018-2021, the exclusive holder of the broadcasting rights was the Altice group, parent company of the RMC Sport channel. In 2018, the Real Madrid-Liverpool FC final in Kyiv was “sold” to C8, the free-to-air channel of the Canal group. Result: 3.7 million viewers. Disappointment. In 2019, the group had repatriated the English derby Liverpool-Tottenham, played in Madrid, on its news channel BFM-TV. Balance sheet: 2.5 million fans on average, the lowest French audience for a Champions League final in ten years.

Different scenario in 2020, with the extremely rare presence of a French club in the final. For the PSG-Bayern poster, disputed in Lisbon, TF1, attracted by the prospect of a record audience, had bought the rights from Altice. A good calculation, with nearly 11.5 million viewers on average. The best audience, by far, for such a final since 2004, the year of the last accession of a French club to the top, in this case AS Monaco, whose final lost against FC Porto had attracted 11 million supporters on TF1. In 2021, for Chelsea-Manchester City, in Porto, the choice of RMC Story was misguided, attracting only 2.4 million viewers on average.

Change of gear this year, with the resumption of the rights of the prestigious European competition by the Canal-BeIN Sports duo (until 2024). And a duel with the scent of revenge, between Real Madrid (winner in 2018) and Liverpool, with Karim Benzema at the top of the bill.

War in Ukraine obliges, the 2022 final, initially scheduled for Saint Petersburg, has been transferred to the Stade de France in Saint-Denis (Seine-Saint-Denis). In just three months, the production team of the Canal group, appointed by UEFA for its expertise, had to develop a new battle plan. “I proposed to UEFA a plan of cameras in an emergency, but we are used to high production standards”, underlines the experienced Laurent Lachand, director accustomed to major sports competitions, who had notably worked on the Euro 2016, played in France.

For this final – the seventeenth of Real -, again visible on TF1 (and on RMC Sport), Canal has released the heavy artillery: nearly 200 people will have impressive means, with in particular forty cameras, including thirty -two positioned around the field, and very extensive sound work, to achieve an “immersive” system.

“The Stade de France is not a real football stadium, with its remote stands, but it is an open stadium, ideal for flying the Spidercam!” “Enthuses Laurent Lachand, who, in addition to this “flying” 3D camera, will also have a helicopter to follow the arrival of the two teams near the Stade de France.