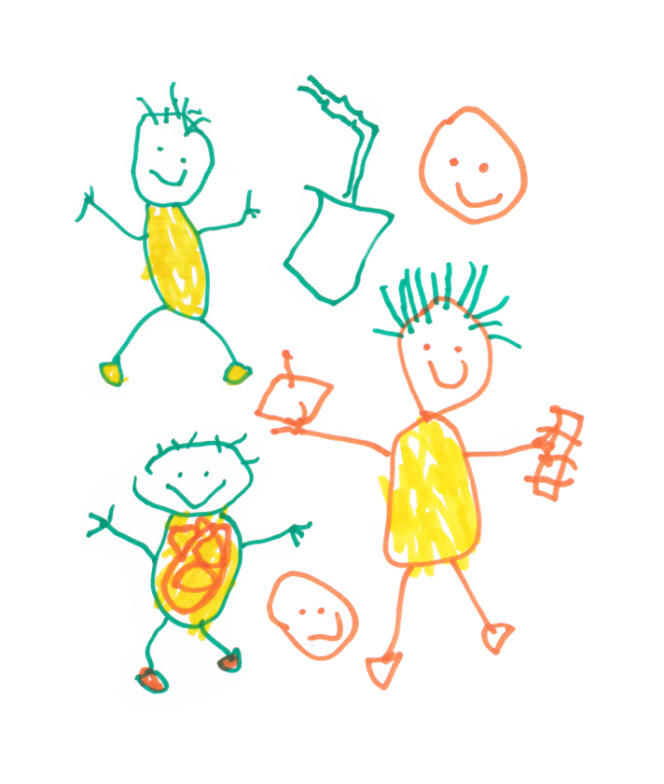 Last week, I learned that a film was being shot in a school not far from my home. I tell myself that between two scenes, I may find some apprentice actors willing to share this unusual experience. When I arrive in the playground, it’s the end of their working day. It’s 5 p.m., that’s good, it’s time to taste them.

“Yes, that’s the end there. And we were given sweets…

“We had water, and madeleines and lots of Capri-Sun.

They are five. A splendid little skewer of girls, between 9 and 10 years old, chatting, laughing and talking easily. We all sit on the ground, in the shade of the courtyard. Strangely, the girls are dressed warmly…

“In the movie, it was supposed to be in the fall, so it’s super hot.

“I sweated too much!” I had it everywhere, I felt it dripping over my head like there and there and there (she shows her temples, her forehead, the top of her mouth). I even asked a friend if it showed a lot and she was in “yeah serious” mode, and I suddenly said to myself no, but if the camera looks at me and everything, it’s not okay! »

Exactly, how was it, this experience of figuration?

“Honestly that was too funny!” All day we were playing in our school yard and they were filming us.

“But we weren’t the main characters, huh, sometimes even when she was filming the main girl, and I saw on the screen we were too blurry behind, hahaha! »

I feel a hint of frustration.

“As we wanted to be seen, each time we stood next to the camera to be filmed.

— Me, every time I purposely jumped or did things in front of the camera, as soon as there was the main girl, I purposely put on a sweater to be seen, or I just walked past and everything… And then afterwards, I saw myself behind the camera, and I said to myself: “Actually, I am graaaaave a star!”

“Yeah, but then they told us AND to shut up AND push us too… So hey, not too much of a star actually, huh…”

Speaking of stardom, did that make them want to become actresses? Did they like it?

“Well yes because you feel like you’re a star! Everyone is watching you.

“But it’s so weird, because when you look on the small screen of the camera, it really feels like a movie, whereas when you’re in reality, it doesn’t feel like a movie, you know? When you play, it’s in normal mode, reality, and when you watch yourself play, well, it’s a movie…

“At first you’re like ‘naaaaan, I don’t want to be filmed’ and everything, but in fact everyone wants too much…”

And why this ? Why do we all want to be watched?

“Well because suddenly everyone loves you. It makes you feel unique, the camera. You have everyone’s attention…”

Other children, a little curious, approach our group. No time to say hello, the girls are marking their territory:

“Come on it’s ok, there you go!” She’s interviewing US! There will be our names in the paper and all! »

“Oh no, but it’s anonymous? Is it required? I really don’t want to, you can say our names!

“My mother sure will! Come on, please don’t be anonymous…”

Their need for public recognition has, it seems, not been satiated by their future passage on cinema screens. And their pleas are irresistible… I therefore sincerely thank Aya, Dénélia, Nour, Océane and Takouhé for having put an end, with panache, to these joyful snacks of the World.