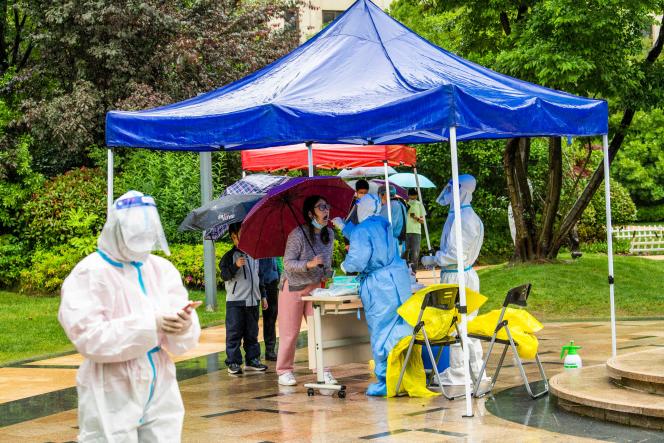 China has withdrawn from hosting the 2023 Asian Cup due to “exceptional circumstances caused by the Covid-19 pandemic”, the Asian Football Confederation, AFC, announced on Saturday (May 14).

The Asian giant, struggling with its worst epidemic outbreak, has already canceled or postponed the organization of multiple competitions on its soil, in particular the Asian Games scheduled for September in Hangzhou. The Asian Cup, which brings together twenty-four teams, was to take place in ten Chinese cities in June and July 2023. The AFC did not specify which would be the new host country.

China, which had had the Covid-19 epidemic under control on its soil for two years, is facing a resurgence of the epidemic. To deal with this, it is pursuing its zero Covid strategy, which translates into confinements and quarantines as soon as a few cases appear. The 25 million inhabitants of Shanghai (East) have been confined since the beginning of April.

Before the pandemic, the country had been gaining momentum in sport since the 2000s, organizing a Formula 1 Grand Prix in Shanghai, the 2008 Summer Olympics in Beijing, various world championships or tennis tournaments. However, with the exception of the 2022 Winter Olympics and Paralympics, held in February and March in a health bubble, China has not hosted any major international competition since the start of the epidemic, in order to avoid any outbreak. epidemic.

The Diamond League athletics meetings scheduled for Shanghai (July 30) and Shenzhen (August 6), the Shanghai Formula 1 Grand Prix and the men’s and women’s tennis tournaments have thus been canceled.

Contrary to many countries opting for “cohabitation” with the virus and lifting restrictions, China continues to follow a zero Covid policy. These measures are seriously harming transportation and supply chains and have brought many businesses to a standstill.

In recent days in Shanghai, the reinforcement of the isolation policy has been accompanied by a shower of new rules: a ban on receiving deliveries for a week and prohibited exits, even for medical appointments. The residences spared by the Covid-19 for weeks, which benefited from a certain freedom, find themselves again subjected to the most drastic measures for seven days. The number of cases of contamination is however gradually decreasing, as Shanghai began its seventh week of confinement, with 3,717 cases on Monday May 9, after a peak at 27,600 cases in mid-April. This is not fast enough for the authorities.