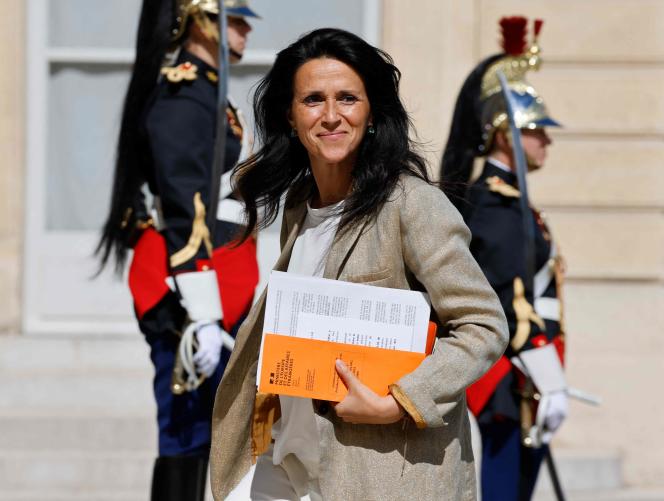 Secretary of State Chrysoula Zacharopoulou, a gynecologist by profession, is the subject of a third complaint, filed this time for violence without incapacity for work by a person responsible for a public service mission, announced on Friday June 24, the Paris prosecutor’s office .

The complaint was filed Thursday, according to the same source, confirming information from “Quotidien”. The TMC program had collected the testimony of this patient, who said she had suffered “gynecological violence” during an appointment in 2018 with Ms. Zacharopoulou to treat her endometriosis.

The Paris prosecutor’s office has already opened an investigation, on May 27, after the filing of two rape complaints against Ms. Zacharopoulou. According to the weekly Marianne, which revealed the case, the charges were allegedly committed in the context of her profession as a gynecologist. The investigation was entrusted to the brigade for the repression of delinquency against the person.

The Secretary of State for Development, Francophonie and International Partnerships reacted on Friday in a press release sent by her lawyer: “The serious accusations against me, relating to clinical medical examinations carried out in order to diagnose and treat the disease of my patients, are unacceptable and appalling”. Claiming to have learned of the existence of these complaints through “the press”, Ms. Zacharopoulou said she was “shocked and deeply hurt”. She claims to have “never imposed the slightest examination on any of [her] patients without their consent”.

“I have no knowledge of the content of these complaints, which I point out were filed in the days following my appointment to government and relate to consultations that allegedly took place several years ago,” he said. she again.

Elected MEP in 2019 on the Renaissance list, Ms. Zacharopoulou, 46, was appointed Secretary of State last month. The previous government had entrusted her with a mission last year on the subject of endometriosis, a subject on which she has been committed for years. Its report was submitted in January to the Elysée.

Thursday evening on LCI, the Prime Minister, Elisabeth Borne, declared that Ms. Zacharopoulou had “told her that she [had been] very surprised or even shocked that we could question her medical practice”. “But I think the complaints are filed, justice will do its job” and the Secretary of State “will have the opportunity to explain herself,” Ms. Borne continued. She called an “important debate” that of “consent when doing exams.”