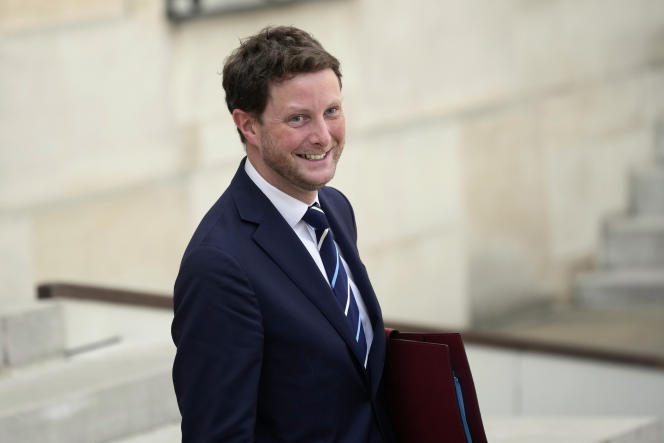 Clément Beaune, has been appointed Deputy Minister in charge of Europe in the first government of Elisabeth Borne, according to the announcement made by the Secretary General of the Elysée, Alexis Kohler on Friday May 20.

At 40, this graduate of Sciences Po and ENA (he belongs to the same promotion as Aurélien Rousseau, the director of the cabinet of Elisabeth Borne) has spent his entire career in the public service. “He is a trusted man of the president”, sums up the macronist MEP Nathalie Loiseau, former secretary of state in charge of European affairs. For three years, from 2017 to 2020, Clément Beaune traveled the chancelleries in the wake of the Head of State as an adviser at the G20 summits and European summits. A prestigious position for this former student of the College of Europe, regarded with suspicion by some diplomats because he is not from the Quai d’Orsay. Recognized for his mastery of cases and his calm, he was able to impose himself, both within the Elysée Palace and in European capitals.

His closeness to Emmanuel Macron goes back to the days of Bercy, when Clément Beaune was in charge of European affairs in the office of the future head of state, minister of the economy between 2014 and 2016. Previously, he had rather shown an interest in left. Son of a nurse and a teacher-researcher in medicine (“very Mitterrandian”), Clément Beaune is not an activist strictly speaking. He had just spent a year in the Socialist Party after the explosion for the left of the accession of Jean-Marie Le Pen to the second round of the presidential election in 2002.

Thereafter, he quickly approached the modern Left microparty of Jean-Marie Bockel, who had not yet become Nicolas Sarkozy’s minister. Among the themes close to his heart: the fight against homophobia. He thus evokes his homosexuality in 2020 in an interview with Têtu magazine on the occasion of the 25th anniversary of the magazine and announces his intention to go to one of the “free of LGBT ideology” zones in Poland. During a trip to this country in March 2021, he tries to keep this commitment but denounces the attitude of the local authorities, who would have prevented him from carrying out this trip, which caused diplomatic friction with Warsaw.

Clément Beaune did not hesitate to zealously defend the action of the Head of State. In September 2021, in an interview with Le Monde, he assures us that the majority “embodies the camp of reason and the Republic”. He is reframed by the spokesperson for the Elysée in the process, which he denies. “No, there has been no reframing of the president or the prime minister, he replies to Le Monde. I should have simply added two sentences to clarify my thought. But I assume my words: for me, reason is the prerequisite for democratic debate. “Even never elected, he will have the opportunity to debate with the French during the campaign for the legislative elections, since he will try to win the seat of deputy for the 7th district of Paris.

News Editor - May 21, 2022 0
His historyIn Fellini's Satyricon, a film adapted from the novel of the same name by the Latin writer Petronius, the "Feast at Trimalcion" scene...