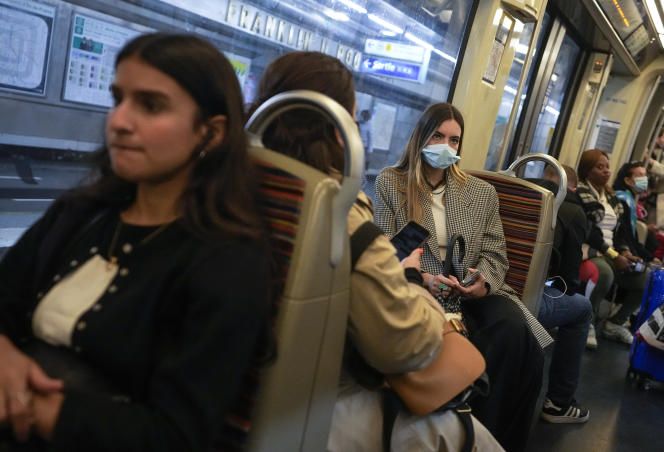 It is a symbolic milestone that has just been crossed. The threshold of 150,000 deaths linked to Covid-19 has been crossed in France, against a backdrop of a sharp increase in reinfections, according to figures published by Public Health France (SPF) on Friday July 8. A total of 150,000 people died, including more than 121,000 in hospital.

In the past 24 hours, 74 people have died in hospital from the disease. The 140,000 death mark was crossed on March 11, two years after the start of the pandemic in the country.

During the week ending July 3, the circulation of Covid-19 intensified in mainland France, and new hospitalizations as well as deaths increased sharply, the elderly, insufficiently vaccinated, being mainly concerned, also noted SPF in his weekly update.

Increase in hospitalizations, increase in reinfections

France is in its seventh wave of the epidemic, which began at the end of May, pushed by subvariants of Omicron. It is reflected in a sharp increase in contamination, while the circulation of the virus continues to intensify on the territory and the date of the epidemic peak remains uncertain. Thursday evening, there were more than 160,000 cases, with 17,719 hospitalized patients, including 1,523 new admissions.

According to the latest projections published by the Institut Pasteur, hospitalizations linked to Covid will rise further in the coming days, the researchers counting on some 1,700 daily hospital admissions by July 18, against around a thousand these days.

Friday in its weekly update, Public Health France reported a sharp increase in Covid reinfections, which now reach 12% of confirmed cases. “The rise has been continuous since the arrival of the Omicron wave,” commented Vincent Auvigne, epidemiologist at SPF. Despite a high number of reinfections with one Omicron subvariant after a first infection with another Omicron subvariant (44% of cases), “the likelihood that reinfection will actually occur after a first infection with a other variant (Alpha, Delta or other)” “remains significantly higher”, underlines the agency. And “the further the first contamination is in time, the more the probability of reinfection will increase,” said Mr. Auvigne.

Wearing a mask is recommended, but not mandatory

The new Minister of Health, François Braun, spoke of the seventh wave of Covid at the time of the first departures on vacation, when wearing a mask is recommended, but not compulsory. “I ask the French for this day of great departure on vacation to put the mask on the trains, on the buses, in all the places where we are a little on top of each other”, he insisted.

All of the health restrictions were lifted in the spring, and the executive does not wish to put in place binding measures at this stage.