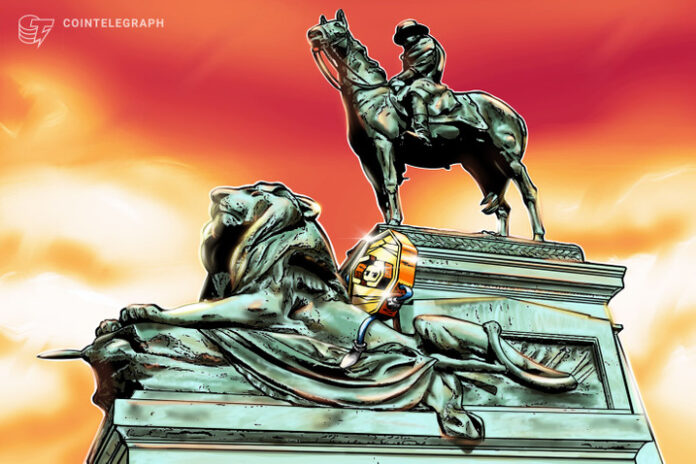 Recent regulatory activity has been intense around crypto. Anyone who deals with digital assets should pay close attention.

The new reality is dawning on the entire cryptocurrency industry. The space has been largely under the radar of regulators and politicians until now. The chair of the House Committee is setting up a working group. The Securities and Exchange Commission is looking for new authorities to regulate digital assets. Additionally, the Senate infrastructure bill contains $28 billion in tax revenue from crypto transactions.

The regulatory activity surrounding digital currencies has increased significantly in the last few weeks since Satoshi Nakamoto’s name first appeared in the popular lexicon. Anyone who deals with this asset class should pay attention.

The Senate’s $1.2 trillion infrastructure framework, which became the Infrastructure Investment and Jobs Act, enjoyed strong bipartisan support. One of the most contentious provisions, however, is the “pay-for”, which relates to cryptocurrency reporting and taxation.

The provision’s proponents claim it will close the tax gap and generate around $28 billion in new revenues. The provision would make it mandatory for anyone who is responsible for arranging digital asset transfers on behalf of another person to be added as a “broker.” This would include tax information that the Internal Revenue Service would need to receive, which would include tax data that these “brokers” don’t have access to. According to the supporters, cryptocurrency transactions should be reported as tradable equity and taxed accordingly. Opponents argue that it will not only include brokers, but also cryptocurrency miners and software engineers, creating serious problems for the entire industry and driving innovation away from the United States.

The cryptocurrency industry opposed the provision strongly. A bipartisan group of senators led by Republicans Pat Toomey, Cynthia Lummis and Rob Portman, plus Democrats Mark Warner and Kyrsten Sinema, proposed an amendment narrowing the scope of the reporting requirements. The amendment was rejected and the broad “third party reporting” provision was added to the Senate-passed bill. Lummis stated that he will continue to push for the bill in a Bloomberg interview.

“We’re going to have to be more proactive in defining terms in this area this fall so that people can still innovate.”

Now, the bipartisan infrastructure framework is headed to the House of Representatives. Representative Tom Emmer (co-chair of Blockchain Caucus) will be calling for amendments.

We anticipate a lively debate in the House regarding the bill’s amendments and the cryptocurrency provision. We don’t expect the House leadership to change the Infrastructure Investment and Jobs Act. They want it passed and sent to President Biden.

If the House fails to amend the infrastructure bill, a provision that narrows the definition of broker could be added to a reconciliation bill. It could also be moved separately or attached to an end-of fiscal-year funding bill. The Treasury Department can also limit the scope of the bill through its rulemaking process.