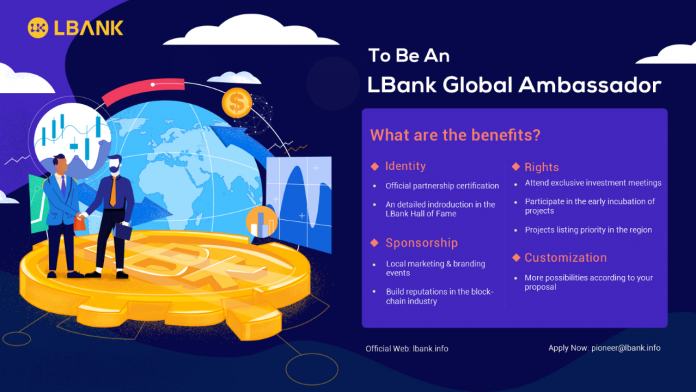 Cryptocoin might be the next gatekeeper in the mainstream’s inevitable transition into the mainstream. Are you ready to make this sacrifice?

It is estimated that $67 billion was the net income Apple made from its App Store in 2020. This is 28% more than the $50 billion Apple received in 2019. The App Store is still a key component of Apple’s bottom line profits, even though the company has reduced its commissions for smaller developers. It’s not Apple that takes a cut of developer revenues: In 2020, the Google Play Store accounted for $38.6 million on Android, the most used mobile operating system in the world.

This is more than $105 billion in combined revenue from the top two apps stores. Regulators in many countries are now closely examining whether there is enough competition in the market. It’s not surprising that Coinbase, America’s most prominent and well-known cryptocurrency exchange, wants to become the on ramp to the decentralized app economy.

What do we lose when we swap one gatekeeper for the other? Is it a threat to the decentralized ethos, accessibility and security of all that is sacred to crypto believers? These are important questions that we should be discussing as we continue to build momentum and push into mainstream.

Let’s say that a decentralized app (DApp) store mirrors a similar reality where the most profitable apps generate the highest revenue. Any DApp store that can secure the most popular apps will have an advantage. To gain exclusive status and gatekeeper status, the most financially successful platforms will spend a lot. Anyone who wanted to gain access to the best apps would have to pass this gatekeeper.

Monopolistic elements in any app store make economics so lucrative. You own the rails and the profits. It’s that simple.

The 80/20 rule should not be applied to Web 3.0 economics. It’s not about making a lot of money for a few people, but many benefits for many others. Users are involved in the governance, growth and maintenance of the ecosystems that they support. Based on ecosystem participant contributions, the Web 3.0 economy’s ownership aspect distributes rewards more evenly. This dynamic is more balanced and offers a new way of doing business.

What is the best way to make sure that DApps are distributed decentralised? A DApp store must meet a few criteria.

Apps are at the heart of the digital economy. This will be true as we move towards Web 3.0. Mobile access points are required to bridge the gap between people who only have mobile devices and those who can access the internet via their laptops.

The transition from Web 2.0 and Web 3.0 is underway. Although gatekeepers are still in positions of strength they will continue to promote user growth and decentralized protocols that look for new access points.

We’ll see smaller niches served by DApps when Web 3.0 is truly a reality. A vibrant ecosystem of DApps will emerge that is more focused and has smaller teams.

Apps will also be broken down into their component parts. A decentralized exchange, for example, will be broken down into multiple layers: the user-facing front end, the back-end of the aggregator, and the infrastructure that serves as the liquidity provider. This is similar to the evolution from “monolith” to “microservices” in the software cloud infrastructure area.

We have simply replaced one gatekeeper with another without true decentralization in app development. This is where the community’s commitment will be key.

What is at stake?

There is a risk that convenience and ease-of use will prevail over decentralization in our inevitable transition into mainstream computing. In fact, this is often why centralized gatekeepers are needed: they simplify things, which makes it more accessible for the masses.

These tradeoffs must be considered as the crypto community works together towards a flourishing digital asset economy that benefits all. While it is essential to make digital assets accessible and easy-to-understand, we must also counter any arguments that centralizing power in the hand of a few is a good tradeoff for the fast track to mainstream.

We have the power to and should push back to preserve what makes our common vision so powerful: a future that is accessible to all.