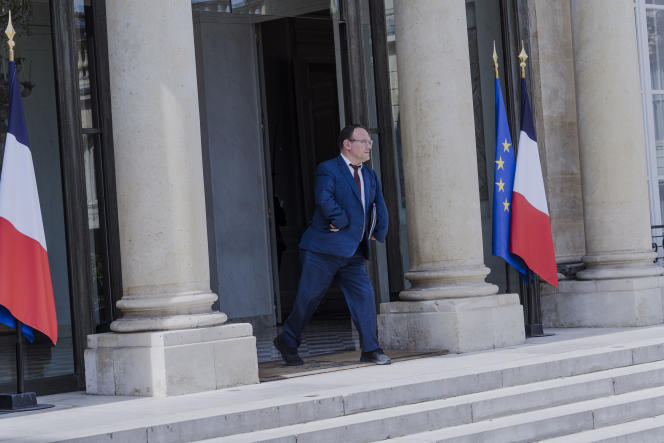 A complaint now targets the Minister of Solidarity, Autonomy and People with Disabilities. Damien Abad has been the subject of proceedings for “attempted rape” since Monday, June 27, Agence France-Presse learned from the Paris prosecutor’s office, confirming information from Mediapart.

This complaint is “currently being analyzed”, said the prosecution. According to Mediapart, it was filed by an “elected centrist”, who accuses Mr. Abad of having tried to rape her during a party organized at his home in Paris in the first half of 2010. In the proceedings filed on June 27 , the plaintiff’s lawyer, Me Raphaële Bialkiewicz, believes that “the intention of a minimum oral penetration, imposed by Mr. Abad on the plaintiff by force” would make “not the slightest doubt”.

“I was scared, I was flabbergasted,” says the complainant

During the facts that she relates to Mediapart for the first time, on June 14, she was president, in her department, of the New Center youth movement. Mr. Abad, MEP, was the national president. On the evening of the events, she says, Damien Abad “offered her a drink”, at the bottom of which she saw “something”: suspicious, she went to spit her sip into the toilet.

Laëtitia (the first name has been changed) says that she was finally able to “get rid of” her alleged attacker and leave the room thanks to the irruption of a guest.

The complaint is supported by a series of annexed documents, says Mediapart, including eight witness or confidant statements, as well as messages and elements noted by a bailiff.

Following the Mediapart article, the minister responded on Monday through a press release. “The Mediapart newspaper indicates today that a complaint has been lodged against me by an “elected centrist” for facts allegedly occurring in 2010, he states. Once again, I strongly contest any accusation of attempted rape or sexual assault brought against me. I will not leave these false and outrageous accusations unanswered. From that day, I asked my lawyers to file a complaint for slanderous denunciation. My determination is total. »

She is the third woman to accuse the minister of sexual violence, but to date no investigation has been opened into these accusations.

One of them had filed two complaints closed without action. For the other, a report had been made by the Observatory of sexist and sexual violence, but the Paris prosecutor’s office had indicated that it would not open an investigation “as it stands”, for lack of “element allowing the identification the victim of the facts denounced”.