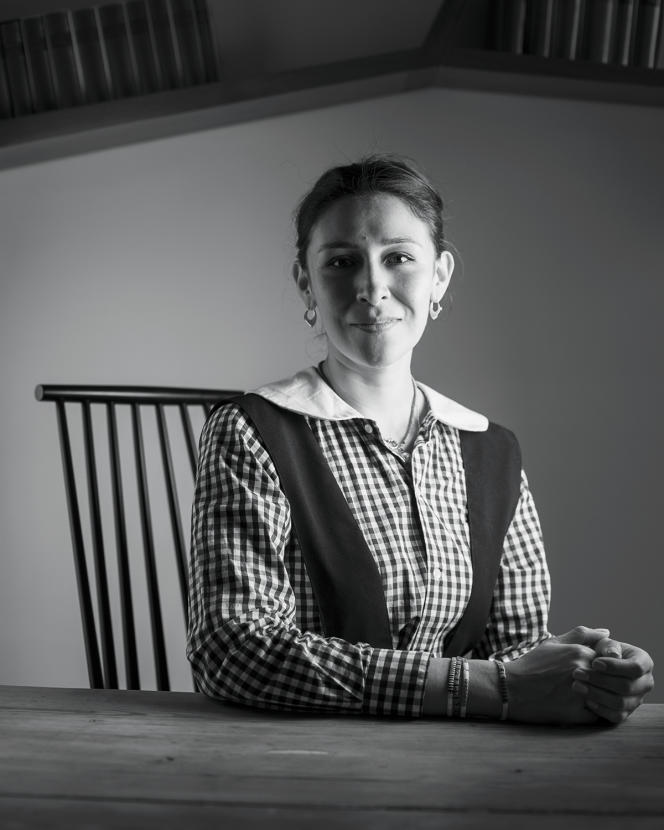 Very early on, I was exposed to many tastes: peppers, fish, herbs, vegetables, powerful spices structured my childhood. More than any other, the taste of fried ispi brings back happy memories. The ispi is a small freshwater fish that comes from Lake Titicaca, three hours from La Paz, where I grew up. In the evening, stalls appear all over the city, offering plates of fried ispi as a street aperitif.

It is served very crispy, with potatoes, corn and llajwa, a sauce with aji amarillo, this yellow pepper with a fruity and moderate spicy taste, very common in Bolivian cuisine. Slightly smoked, mixed with a little water and chives, it is the perfect condiment for ispi. I loved this dish so much as a kid that I asked for it for my birthday lunch.

All my youth, I went to the farmers’ market on Saturday mornings. There were lots of fish, only from the lake, as Bolivia does not have a coastline. There were also incredible varieties of potatoes: Bolivia has more than 4,500, with endless flavors, colors, textures and shapes. And we have always cooked a lot in my family. My mother is the best cook I know, my absolute reference in terms of tastes. I tasted everything, because you had to try before saying you didn’t like it. I got my hands dirty when I was 8, my parents pushed us to learn how to cook, sew, paint…

I entered university at 17 and studied business law in La Paz. Four years later, I was working in a law firm. It was exciting, I learned a lot, but I felt that everything had consolidated too early in my life. I had never been to Europe, I wanted to go elsewhere. So I started: I took French lessons and I got a scholarship to come and teach Spanish in Paris. Thomas [Deck, brewer, his companion and partner] is the first person I spoke to when I arrived. We had friends in common, I had his number and I called him after missing a flight, he helped me… After six months, I was admitted to the University of Assas where I I continued my law studies, then I entered Essec, to add a string to my bow.

Thomas, he made beer, I loved it, and through him I met a lot of people from the world of catering and sommeliers. It sounded so much more interesting than what I was doing! I got a job as a pastry chef at Le Passage, I also became passionate about wine, and we decided to look for a place of our own, a restaurant. It was a complex and wildly rewarding experience. In 2018, we ended up opening Le Saint-Sébastien. They do bistro cuisine focused on vegetables, with an international team, an Australian chef, a Mexican sous-chef, and a great wine list! And, often, I dream of serving fried ispis there, as in the past in Bolivia.