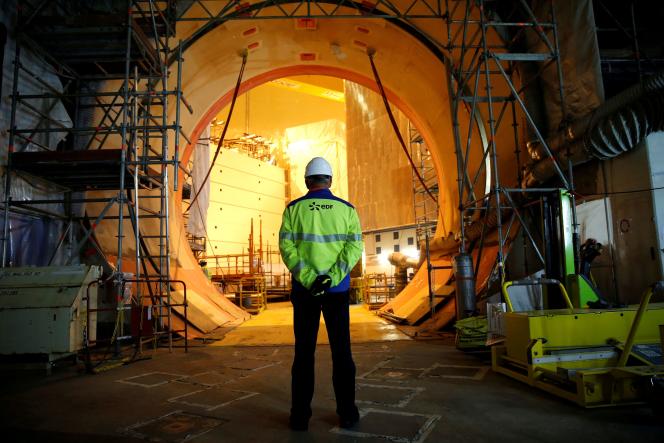 EDF announced on Thursday that the construction site for its new generation nuclear reactors (EPR) at Hinkley Point in England would be delayed by another year and additional costs of at least 3 billion pounds. “The start of the electricity production of Unit 1 is now scheduled for June 2027. The risk of postponing the delivery of the two units is assessed at 15 months, assuming the absence of a new pandemic and additional effect of the war in Ukraine,” the group said in a statement.

Initially, the start was planned for the end of 2025, and it had already been pushed back, last year, to June 2026. The delay is attributed to the two years of the covid-19 pandemic: “people, resources and supply chain have been strained and their effectiveness has been limited. In addition, the volume of studies and civil engineering works, and the cost of these works and in particular of the maritime works, have increased”, explains the group.

The next milestone will be the installation of the dome on unit 1 of the plant, in the second quarter of 2023, compared to the end of 2022 previously.

EDF estimates the amount of the project “between 25 and 26 billion pounds sterling” against 18 billion in 2016, when the green light from the British government and the start of construction. The project, originally controversial and contested by French unions for its cost, had already been reassessed between 22 and 23 billion pounds.

The EPR (European Pressurized Reactor) is a model of nuclear reactor that is more powerful and designed to be safer than previous generations. Three are complete, in Finland and China, and three are under construction, one in France and two at Hinkley Point. But the Finnish reactor (Olkiluoto-3) started in March 12 years late, and of the two Chinese EPRs commissioned in 2018 and 2019, one has been shut down since July 2021 for technical problems.

As for the French reactor, in Flamanville, the cumulative delays reach 11 years for fuel loading now scheduled for the 2nd quarter of 2023, and the cost has risen to 12.7 billion euros according to EDF’s estimate as of January 12, 2022 In 2006, this very powerful 1.650 MW reactor was announced at 3.3 billion euros.

EDF has been accumulating bad news since the beginning of the year. The group had to be recapitalized in April, and its profit will plunge this year in large part because the French state has asked it to sell more electricity at low prices – a file on which the CEO is publicly opposed to the government. In addition to the delays of the French and English EPRs, the group must also solve a pipe corrosion problem which forced it to shut down 12 of its 56 French reactors. In total, more than half of the reactors in France are now shut down for maintenance.