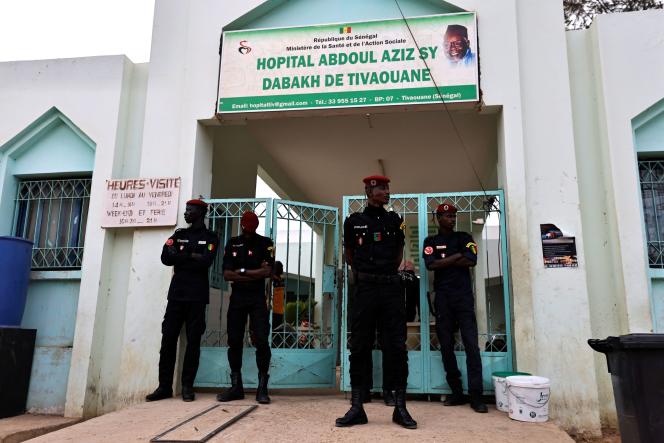 Senegal’s President Macky Sall sacked his Minister of Health on Thursday May 26 after the fire which caused the death of eleven babies in a public hospital in Tivaouane (west) the day before and which sowed distress, consternation and anger among relatives and in opinion. According to initial information, the drama was caused by an electrical short circuit.

Exactly what happened inside the green-painted enclosure, inaccessible to journalists on Thursday, the level of surveillance of this establishment of relatively modest size and means remains to be established. The newborns were gathered in the neonatal unit, perhaps in the same room, eleven or more according to the sources.

The fire reportedly broke out around 9 p.m. (local and GMT). It was caused by “a short circuit and the fire spread very quickly,” Mayor Demba Diop said. In front of the hospital or on social networks, accusations of negligence fuse. But the mayor assured on the spot that a midwife and a nurse were in the room.

“There was a noise and an explosion, it lasted three minutes maximum. Five minutes later, the firefighters were there. People used the fire extinguishers,” but the stuff in the air conditioners accelerated the spread, he said. Both caregivers passed out but were revived, he said. “There was no negligence,” he said.

The drama “was predictable”

Witnesses as well as the mayor indicated that a number of babies had been saved from the flames. But eleven did not survive according to the authorities. Relatives were unable to recover their remains on Thursday.

Anger rumbled outside the hospital in a small group of anonymous women. “It’s negligence. Leave the children without anyone to watch them and they say “God willed it”. A mother takes the precaution of entrusting her child to someone, even when she goes to the toilet”, vituperated one of them, while a man of fifty years invoked “the divine will”.

Tivaouane, some 40,000 inhabitants, is the stronghold of the Tidianes, one of the important Muslim brotherhoods which play an essential social role in Senegal. The Caliph of the Tidianes, Serigne Babacar Sy Mansour, lamented the state of the hospital several months ago. The drama “was predictable as the level of dilapidation had exceeded understanding”, wrote his nephew Serigne Cheikh Tidiane Sy Al Amine in a forum.

The Head of State has declared three days of national mourning. He will bring forward his return from traveling abroad on Friday to go to Tivaouane on Saturday, according to his services. The authorities have announced an investigation and justice has promised to be intractable.