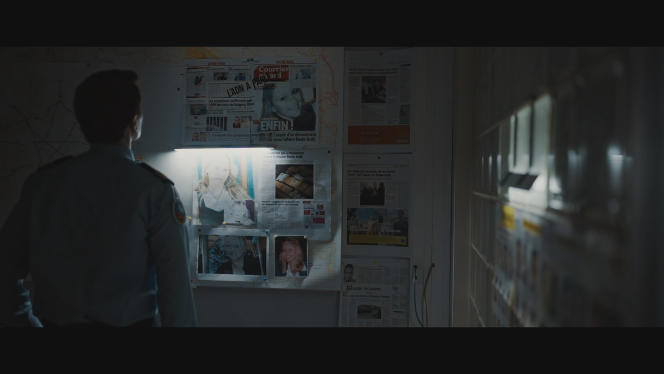 A mixture of genealogy, big data and DNA sequencing, genetic genealogy enabled six American investigators to arrest, in just four and a half months, a serial killer, Joseph DeAngelo, who was sought in vain by the Californian police for four decades: a first, carried out on April 24, 2018. Since then, in the United States, a “cold case” is solved every week thanks to this technique, which is on the way to revolutionizing criminal investigations, in such a spectacular way that the formula may seem magical.

Also the director Gabrielle Dréan conducted her own investigations, on both sides of the Atlantic. She delivers her conclusions in a documentary scripted like a thriller and particularly captivating in its first half, devoted to the emergence of genetic genealogy.

Bluff, chance, suspense… All the ingredients are present in the story of Paul Holes, the officer and former scientist who devoted his career to the case of the “Golden Gate Killer”. He looks back on the thirteen murders, atrocious, on the modus operandi of the killer and rapist, on the failure also of his investigations, which turn into obsession. Until he meets by chance, CeCe Moore, ex-actress passionate about genealogy, self-taught and future star of genetic genealogy. She gives him an idea.

Four months before retirement, Paul Hole sends by post a DNA sample collected from one of the crime scenes and still intact in one of the kits then in vogue. And there bingo: family members of the suspect are identified. All that remains is for the police to carry out a “classic” investigation.

But of course there is a “but”. If, in the United States, genetic data is listed in files, including, for those who wish, if you have not committed a crime – after a paternity search for example -, in France, only the DNA of offenders is recorded in the national DNA fingerprint file (FNEG), created in 1998 and which lists 3.5 million profiles; and genetic genealogy is prohibited, much to the chagrin of the victims’ families.

Two cases are a bit of an exception. That of “the little martyr of the A10 motorway” (in August 1987) solved thanks to DNA, but by chance, in 2018. And the Elodie Kulik case, raped and murdered in the Somme, solved in 2017 thanks to a legal void. On the strength of these examples, Corinne Hermann, a specialist in French “unsolved cases”, wants to change the way judges and investigators look at genetic genealogy, and “norm” this technique.

Faced with it, the fear of the attack on freedoms remains well established in France. The documentary therefore focuses on the potential dangers of genetic files in a more conventional second part. Except when it deviates from the “genetic portraits”, robot portraits made by certain private organizations from DNA samples, and which have particularly won over the Hong Kong authorities. They have thus authorized the display in the metro of “genetic portraits” of people who have thrown waste or a cigarette butt on the ground. “We have all the elements to put in place a totalitarian regime,” comments Elizabeth Vasquez, research director for the Science and Surveillance Project in New York.