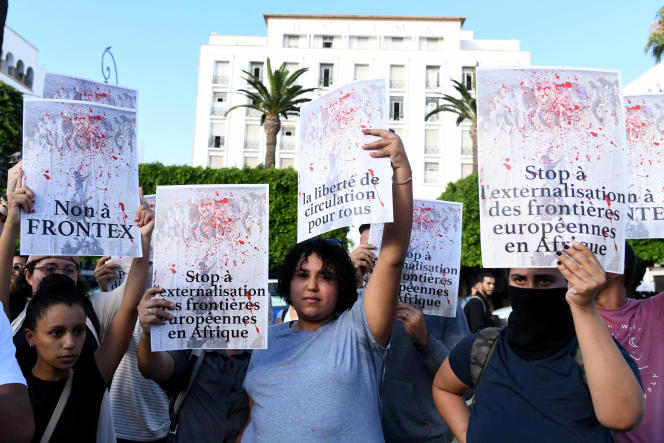 The trial of 36 migrants, accused in particular of having entered Morocco illegally before participating in the murderous attempt to reach the Spanish enclave of Melilla, opened on Monday July 4 before being immediately postponed, according to their lawyers. “We asked for the postponement to better prepare the case because other lawyers have joined the defense,” one of the lawyers, Khalid Ameza, told AFP.

These 36 migrants are prosecuted for “illegal entry on Moroccan soil”, “violence against law enforcement officers”, “armed crowd” and “refusal to comply”. The next hearing is scheduled for July 12 in Nador, a city in northern Morocco bordering the Spanish enclave.

The trial of a second group of 29 migrants – including a minor – is scheduled for July 13, also before a court in Nador, according to Me Ameza. They are also prosecuted for “participation in a criminal gang to organize and facilitate illegal immigration abroad”.

The 65 defendants were among nearly 2,000 irregular migrants who attempted to forcibly enter the Spanish autonomous city of Melilla, located in Moroccan territory, on June 24. Mostly from Sudan, many of them pass through Libya and Algeria – despite an officially closed border with Morocco – to arrive in the Cherifian kingdom.

This forced passage attempt killed 23 migrants, according to the Moroccan authorities, “at least 37”, according to NGOs. This is the deadliest toll ever recorded during the many attempts by sub-Saharan migrants to enter Melilla and the neighboring Spanish enclave of Ceuta, which constitute the European Union’s only land borders with the African continent.

A new migration tragedy at the gates of the European Union, which has provoked international indignation, with in particular remarks of rare severity on the part of the UN, as well as the opening of two investigations in Spain and a mission information in Morocco.

While Morocco has criticized “very violent methods” of illegal immigrants and Algeria’s “deliberate laxity” in border control with Morocco, human rights NGOs have denounced the brutality of Moroccan security forces. .

News Editor - July 5, 2022 0
The second round of the legislative elections delivered explosive results: no absolute majority for LRM, 89 elected for the RN, 142 for the Nupes...