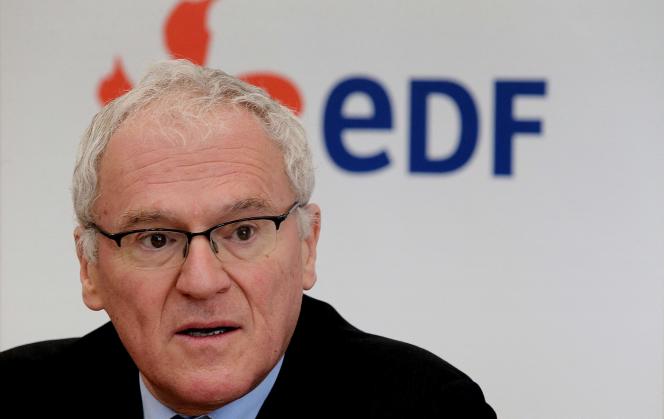 Jean-Bernard Lévy will not complete his term as head of EDF, scheduled for March 18, 2023, his 68th birthday. The government has decided to speed up his departure, while emphasizing that this is not a sanction. “The State and Jean-Bernard Lévy have agreed to launch the succession process now,” the Ministry of the Economy announced in a statement. “I hope that the new management will be operational from the start of the next school year,” said the Minister of the Economy, Bruno Le Maire, Thursday, July 7, on Europe 1.

At Bercy, it is estimated that a page is turning and that a new boss is needed without delay to launch the construction of six EPR 2 nuclear reactors and accelerate the development of renewable energies. The Heidrick Headhunter’s Firm

The mandate of Mr. Lévy ends in a paradox. He achieved the feat of serving two terms, an unprecedented longevity since the “historic” boss, Marcel Boiteux, but he leaves a company in great financial and industrial difficulty, while the group has benefited from 7 billion euros in recapitalization. in five years. EDF has accumulated setbacks, in particular the nightmarish site of the EPR in Flamanville (Manche), which Mr. Lévy will not be able to inaugurate: the reactor will not be connected to the network before 2023, at best.

Moreover, Mr. Lévy’s personality did not predispose him to bend easily. He first endorsed Mr. Macron’s plan to split the company in two, but this project called “Hercules” encountered many obstacles, both from Brussels and from the unions. Since 2020, he has intensified his battle against the public authorities on the regulation of nuclear power – which obliges EDF to resell part of its nuclear electricity at a fixed rate to its competitors – a subject which is still not resolved and which continues. to weigh on the accounts.

Avenue de Wagram, at the Paris headquarters of EDF, the subject of the succession of Mr. Lévy occupies the minds. But the ideal profile is not easy to find. In Bercy, the State Participation Agency has been thinking about it for several months. It is emphasized that the future boss cannot be a foreigner – like Ben Smith at Air France-KLM – since nuclear power is an industry of sovereignty. But also that the remuneration, capped at 450,000 euros per year since 2012, does not meet the requirements of candidates for the management of a company as large as EDF – 84.5 billion in turnover, 167,000 employees. A handicap to find the best profile.

Especially since EDF’s current situation is perilous, both in the short and medium term: the company is burdened with a debt of 43 billion euros and the state of the nuclear fleet is worrying. About half of the reactors are shut down for various reasons, which raises the risk of cuts and load shedding next winter, if temperatures are low. “Arriving at EDF now is like taking over the presidency of Orpea in the midst of a crisis”, stings a good connoisseur of the house. Above all, the roadmap of the next CEO is far from being defined yet: if the nationalization follows its course, his job will be to reorganize the company from top to bottom, but also, very probably, to resell parts of the group for bring in fresh money.

Internally, several names are circulating as potential candidates, but none seem to hold the line. The CEO of the RTE electricity transmission network, Xavier Piechaczyk, former adviser to François Hollande at the Elysée, would be prevented by European regulations. The current boss of the nuclear fleet, Cédric Lewandowski, former chief of staff of Jean-Yves Le Drian, would also be offside. Several observers point out that the boss of EDF has rarely come from the ranks of the group and that the Elysée favors rather an industrial profile from a very rigorous sector on the execution of projects, such as aeronautics or the automobile. This rare pearl has not yet been discovered.

News Editor - July 8, 2022 0
Shots were fired Friday at former Japanese Prime Minister Shinzo Abe during an election rally in Nara (in the west of the country), the...