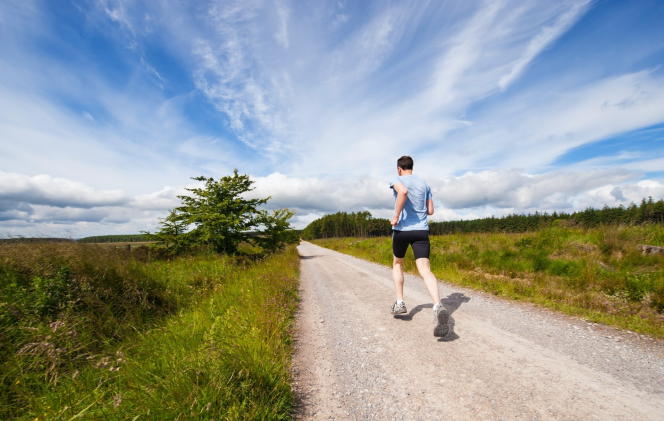 What if you followed in the footsteps of Dale Vince, chairman of Forest Green Rovers, labeled the greenest football club in the world? Lawn without chemical fertilizers, solar panels on the roof of the stadium, jerseys made of recyclable materials and even vegan menus for the players… A formula compatible with ambition and success since the English team based in the small town of Nailsworth (Gloucestershire, 6,600 inhabitants), after having vegetated for a long time, has just been promoted to League One, the third professional level.

Whatever your level, whatever your sport, you too can put a little, a lot or a lot of green in your practice. Admittedly, if you’re a golfer, it might be a little more complicated to offset the environmental footprint of the course where you send your drives, except perhaps if your playing field is on the sustainable nine-hole side – reasoned water and no phytosanitary products – from Parigné (Ille-et-Vilaine), an “ecological” golf course opened in 2018.

To support you in your approach, “La Matinale” gives you some advice.

Unless you share certain genes with the camel, practicing a sport goes hand in hand with high water intake. The first “green” gesture that is essential therefore consists in eliminating plastic bottles in favor of the water bottle, to couple with a bottle-holder belt in which you will have invested if you are a runner, so as not to clutter – note that water pockets are also a good option if you equip yourself with a hydration vest. You can find small biodegradable water bottles from 5 euros on certain websites such as Atlet – an organic sports nutrition brand – or Triloop, an eco-responsible triathlon clothing brand.

On the food side, avoid energy bars and gels, a source of plastic pollution with their packaging. Instead, prefer dried fruits (almonds, hazelnuts, etc.) or fruit jellies, preferably purchased in bulk. And if you really can’t live without them, it’s very easy to find some simple recipes on the Internet for concocting homemade energy gels or bars – you put the first ones in small reusable GoToob-style containers, and the second ones in fabric pouches, for example, so as not to ruin your efforts for the planet.

Finally, as Michael Ferrisi, founder of the Ecolosport site, a media specializing in the ecological transition in sport, reminds us, “if you have to do a marathon or any competition at the other end of France, of course avoid taking the plane and prefer the train”. And for shorter distances, carpooling with your club or effort mates is also a good option.

“It is now possible to equip yourself in an eco-responsible way from head to toe”, rejoices Michael Ferrisi. Before rushing to buy something new, first take a look at second-hand sportswear sites (for example, Sporteed) and sports recyclers, which have been multiplying in France lately – SupporTerre in Nantes, La Collective in Angoulême and Rochefort, the Recyclerie sportive in Bordeaux, Marseille or the Paris region, etc. Near Lille, in Faches-Thumesnil, Jean-Luc Vandeweghe opened ReSport in January 2021: “We have snowshoes, skateboards, rollerblades, bicycles, boxing gloves, running shoes, lots of textiles… at very affordable prices, he explains. We participate in the reduction of sports waste in the Lille metropolis and we allow the inhabitants of the district to equip themselves for cheap. Between children who grow up and have to change the size of their equipment, people who stop sport very quickly after buying everything they need, those who on the contrary evolve towards a more assiduous practice and invest in more advanced equipment, recycling centers meet a need. All the more so, explains Jean-Luc Vandeweghe, since “the new anti-waste law of January 1, 2022 prohibits manufacturers from destroying sports and leisure products”, such as unsold items or end of series.

If you can’t find what you’re looking for or absolutely want something new, turn to eco-responsible brands. “There are quite a few that are emerging at the moment, notes Michael Ferrisi, like Nolt, and it’s “made in France”. Nolt, contraction of “nothing is lost”, was born in 2020 and specializes in team sports (volleyball, rugby, football, handball, basketball) and of racket. Their shorts and jerseys, for example, are made of recycled polyester, sourced in particular from plastic waste recovered from the Mediterranean. And the company has forged partnerships with clubs to collect their old textile equipment to sort, recover and recycle it: those in good condition are donated to youth sports academies in developing countries; and those that are too damaged are crushed, melted and transformed into sports cups. Another example is Patagonia, which also offers sports textiles made from recycled materials and sewn in Fairtrade-certified factories. In addition, the company reserves 1% of the amount of its sales for the preservation and restoration of the environment. Lolë, Gaya Skin or Ella Sweet, in particular, also sell eco-responsible textiles.

For running shoes, which are often very plastic-laden, Veja has models designed with organic materials and in accordance with fair trade rules. “Also look at On Running, and big brands like Adidas and Puma are riding the wave and starting to get in there,” says Michael Ferrisi.

If you’re a fan of gyms, try to favor the “greenest” ones, but France lags behind the United States in this area. If you live in the Lyon metropolitan area or near Aix-en-Provence, the Genae gyms affirm their desire to be “ecologically positive”, and most of the machines are already self-powered (bicycles, ellipticals, steppers, etc.). “The initial observation is that we were big polluters, with a lot of water consumption for showers, and energy for machines, says Anthony Barquisseau, founder of Genae. So we appointed a minister of “ecolonomy”: this has already made it possible to set up flow-reducing showers and a color system that indicates to the user the time spent under water, as well as wipes made of reusable recycled fibers to clean machines rather than rolls of paper. ” Genea has also just received Wattsgood bicycles, transforming the energy of the effort into electricity: “We will give it to associations which fight against energy poverty”, specifies Anthony Barquisseau

For runners, there are several ways to link practicality and ecology. For example, you can collect waste during your outings. It couldn’t be more eco-sporty! The concept was born in Sweden, before spreading everywhere. It’s called “plogging”, a contraction of “jogging” and the Swedish verb “plocka upp”. In France, it arrived in 2016, when Nicolas Lemonnier, an osteopath from Nantes, created the Run Eco Team association with its motto “A healthy body in a healthy environment”. “We are around 25,000 members in France, and between 80,000 and 100,000 in total in around a hundred countries, he slips. We have both people who run once a month and top athletes. You just need a pair of gloves, a garbage bag that you can surely find on the way and you’re off. “Divers” can post photos on the Run Eco Team website detailing the number of litter collected and the kilometers traveled. The record seems to have been established, on April 25, 2021, by a runner who gleaned more than 50 kilos of rubbish in ten hours and six loops of 10 kilometers starting from the city center of Montpellier. “It’s perfect for athletes who want to mix squats, accelerations and changes of pace,” says Nicolas Lemonnier. And if you prefer to do this together, gatherings, to be found on the association’s website, are regularly organized.

In addition, you can also give preference to registrations for eco-responsible events. The Rennes Green Marathon is thus based on a simple principle: one tree for one kilometer travelled. In ten years, nearly a million trees have been planted in France, India and Portugal thanks to a partnership with the Yves Rocher Foundation. On the Tours side, if you participate in one of the events (10 kilometers, 20 kilometers and marathon) organized in September, you can receive a sustainable t-shirt, made in Europe and made from 100% recycled plastic bottles; compostable cups will replace almost half of the plastic water bottles and a team of runners will be doing “ploggings” to pick up litter at the end of the event. At Run for Planet (5 kilometers and 10 kilometers), this month in Bordeaux, Lyon and Paris, the profits from registrations will be donated to great environmental causes. There will be no water bottles, no “finisher” t-shirts produced in Asia, but a 100% “made in France” medal in beech wood made in a work assistance establishment and service by people with disabilities, a recycled bib and reused timing chips.

Finally, you can install the Active Giving app on your smartphone – currently only available in English and German. The more sports you do (cycling, kayaking, running… among the thirty activities on offer), the more trees are planted (already more than 160,000!) in partnership with reforestation programs, such as Trees for the Future (planting fruit trees to fight famine) or Eden Reforestation Projects (specializing in mangroves). It is also possible to choose to support the WWF (1 kilometer traveled = 1 cent donated), World Bicycle Relief, which offers bicycles to medical personnel traveling to very isolated villages in Africa, or Green City Solutions, which installs green walls absorbing fine particles and nitrogen dioxide.