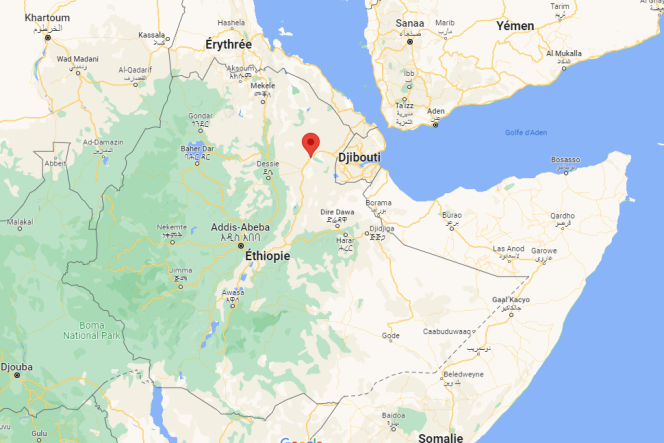 The Ethiopian Human Rights Commission (EHRC), an official body, demanded on Wednesday June 29 the immediate release of 8,560 Ethiopians from Tigray, a region in conflict with the federal government. According to the EHRC, a public but statutorily independent institution, these people – men, women and children – have been held since December 2021, “without legal basis and in a discriminatory manner”, in two camps in Semera, capital of the Afar region. , neighboring region of Tigray, families being separated, men and women not being detained together.

These individuals “have been subjected to arbitrary and unlawful arrests based on their ethnicity…and should therefore be released immediately,” commission head Daniel Bekele said in a statement. These arrests were carried out in the districts of Abala, Konaba and Berhale, bordering Tigray, “at the initiative of security officials in the Afar region” and “in collaboration with local civilian officials” from various administrative levels, according to the ‘EHRC: “The Tigrayans were first sorted and then transported by vehicles” to the camps.

Officials in the Afar region claimed to “restrict the movement of individuals for their own safety as well as to screen those suspected of crimes or posing a security risk”, according to the EHRC, to whom the detainees told being “against their will”. Several people died of disease, as medical care and humanitarian aid in the camps are very limited; and those held there are prohibited from going to a health facility except to give birth, the commission said.

“This situation has no legal basis, in addition to subjecting those living in the camps to multiple human rights violations. It must therefore cease immediately and without preconditions,” Bekele demanded.

“If some want to stay in the camps until they return home, it must be of their own free will and without restrictions on their movements” and all necessary assistance must be given to them and those desiring to return home or go elsewhere, he added. “As for those reasonably suspected of offences,” they can only be detained “via due process and only on the basis of a court order,” the EHRC boss recalled.

The conflict in Tigray began in November 2020, when Prime Minister Abiy Ahmed sent the federal army there to dislodge the region’s leaders – from the Tigray People’s Liberation Front (TPLF) – who challenged his authority and he accused of attacking federal army bases there. The conflict then spilled over during 2021 into the neighboring regions of Amhara and Afar after the TPLF regained control of almost all of Tigray.