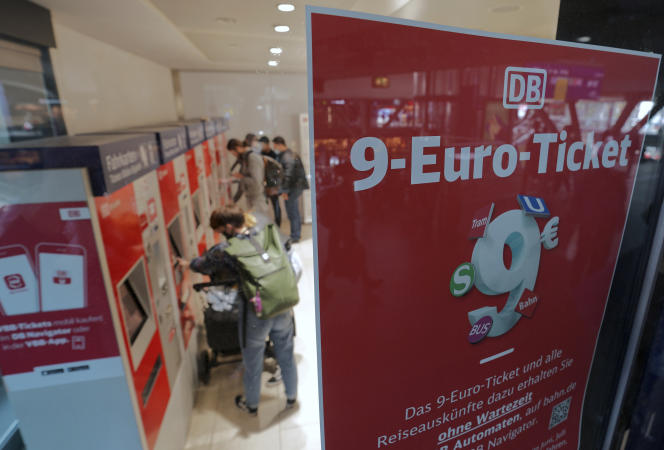 German inflation reached 7.9% in May, its highest level since 1973. This increase, which mainly affects energy prices, has become a top concern for the population and businesses. The political urgency is such that Chancellor Olaf Scholz has launched an unusual proposal: “concerted action” with the state and the social partners, in order to limit the rise in prices. The initiative is surprising. It is an attack on a fundamental principle of social relations in business in Germany: tariff autonomy, which means that the state does not have to interfere in wage negotiations between employers and unions.

On Wednesday June 1, in a speech before Parliament, the Chancellor explained this idea, taking care to circumscribe its scope. This is a “targeted effort in an exceptional situation”, he stressed. The idea is to distribute the consequences of inflation as equitably as possible among economic actors. If this type of meeting may seem usual in France, it runs counter to German traditions, where the level of wages results from a very coded confrontation between employers’ federation and unions, which see in these negotiations the basis of their legitimacy and their power. .

Unsurprisingly, the social partners did not express overwhelming enthusiasm. “Wage negotiations are not conducted in the chancellery,” reacted Yasmin Fahimi, newly elected head of the federation of major German trade unions, the DGB. Two unions openly expressed their reservations. “The Chancellor may claim the contrary, such a step is an attack on tariff autonomy. The invitation itself shows that we are expected to be reserved in our wage demands, ”protested Kristian Loroch, member of the management of the transport workers’ union EVG. The IG Metall union, currently in consultation for the big round of negotiations in the fall for 3.9 million workers in the metal and electronics industry, recalled Thursday that it hoped for a “net increase in remuneration”.

Why does Olaf Scholz, whose party is traditionally close to the unions, take the risk of getting angry with organizations that have also shown in the past their ability to reach reasonable compromises with employers to save jobs? The Chancellor seems to want to act quickly in the face of the risk raised in recent days by the Minister of Finance (Christian Lindner, liberal): that of the triggering of an inflationary spiral that is difficult to control, in a very precarious economic context. For Olaf Scholz, the upcoming negotiations are an important part of the key question: will inflation take hold? Exceptional payments, as recently negotiated in the chemical sector, would make it possible to avoid lasting increases, he judges.

In the eyes of the government, the current situation seems to justify temporarily abusing the taboo of tariff autonomy: companies are facing both sharp increases in energy prices, supply difficulties and recruitment, which strain production and drive up prices. A formidable cocktail. “We must at all costs prevent inflation from leading to recession, in the interests of business and trade unions,” summed up the Minister of Economy and Climate, environmentalist Robert Habeck, during a press briefing following a conference on competitiveness on June 1. “If we allow the situation to deteriorate into a serious economic crisis, we will have got it all wrong. »

This is not the first time that such a meeting has been called. A “concerted action” had been organized on the same model by Karl Schiller, Minister of the Social Democratic Economy between 1966 and 1972 to get out of a crisis. Olaf Scholz’s proposal is directly inspired by this. The method seems to have a bright future: an “alliance for transformation”, bringing together employers, unions and economic federations around the decarbonization of the economy was announced in the coalition contract. The first meeting is scheduled for June 14 at the chancellery.

News Editor - June 5, 2022 0
And two for Fabio Quartararo! The French rider from the Yamaha team won his second Grand Prix of the season on Sunday June 5...

Results of the 2022 legislative elections in Polynesia: the favorite autonomists...