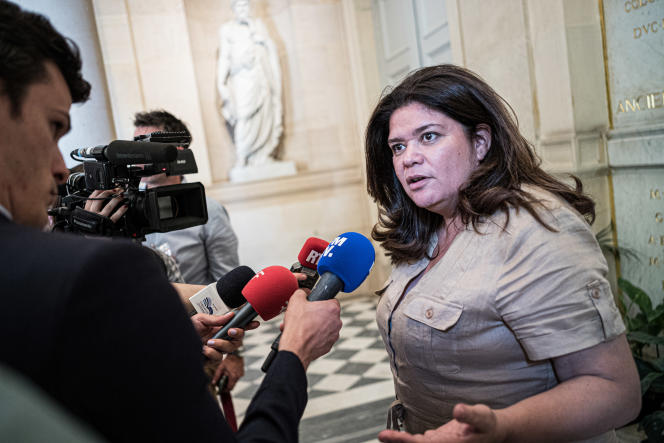 Serious journalistic misconduct or political “machination”? The journalist from Point Aziz Zemouri, author of the article which implicated the couple of La France insoumise (LFI) deputies Raquel Garrido and Alexis Corbière before being withdrawn, filed a complaint on Tuesday for “breach of trust” against the former UDI deputy Jean-Christophe Lagarde, unfortunate opponent of Raquel Garrido during the last legislative elections, as well as against a policeman.

The complaint, consulted by AFP and Le Monde, was filed against Mr. Lagarde and a former territorial intelligence policeman, Anouar Bouhadjela, known as “Noam Anouar”, whom Mr. Zemouri presents as being at the origin of the false charges against the two elected officials.

“The fact that there is a political motivation behind this journalistic stunt cannot be excluded”, reacted, Wednesday June 29, on RMC, Raquel Garrido. “The coup was planned to be carried out before the ballot. Jean-Christophe Lagarde felt that I was beating him,” said the elected LFI, referring to a possible “machination”.

On Wednesday June 21, an article by Aziz Zemouri published on the Point website accused the couple of LFI deputies of having exploited an undocumented cleaning lady, which they had immediately denied firmly: “Everything is false”, had- they protested.

Very rare, the article had been withdrawn the next day and the director of Le Point, Etienne Gernelle, had recognized “errors and breaches of caution”, in a message on Twitter and on the site of the weekly.

Aziz Zemouri says he is convinced he was “manipulated”

At the same time, Le Point opened an internal investigation, the journalist was laid off and summoned to an interview prior to a possible dismissal. On Thursday, Mr. Zemouri said he was “convinced of the veracity of the facts”. But since then, he says he is convinced he was “manipulated”, as he said in a telephone conversation Monday with Noam Anouar.

In his complaint, he assures that the police officer, “who would be seconded to the town hall of Drancy”, whose mayor is the wife of Mr. Lagarde, contacted him at the end of May to put him in contact with a woman claiming to be the housekeeper, undeclared and without papers, of the couple of LFI deputies.

The journalist claims that his informant called him “around the second round of the legislative elections” to ask him “if the article was ready to appear before the second round”. He replied that the article was “blocked at the level of the newspaper’s management”. Mr. Zemouri has since clarified that he had not yet written anything at that time.

In his complaint, Mr. Zemouri implicates Mr. Lagarde by arguing that, at the outbreak of the case, the latter had tweeted “comments” that the journalist had “only made to” the police officer on the alleged blocking of the ‘article. The former UDI MP’s tweet has since been deleted.

In a message to AFP, Jean-Christophe Lagarde expressed his “astonishment” at this complaint and said he was waiting “to learn about it to react if necessary”. In a video posted on his Facebook page, Noam Anouar categorically denied the accusations of the Point journalist and denied being “the author of the conspiracy” targeting the two elected officials. “They are trying to make me the ideal culprit in the Corbière-Garrido case,” he regretted.