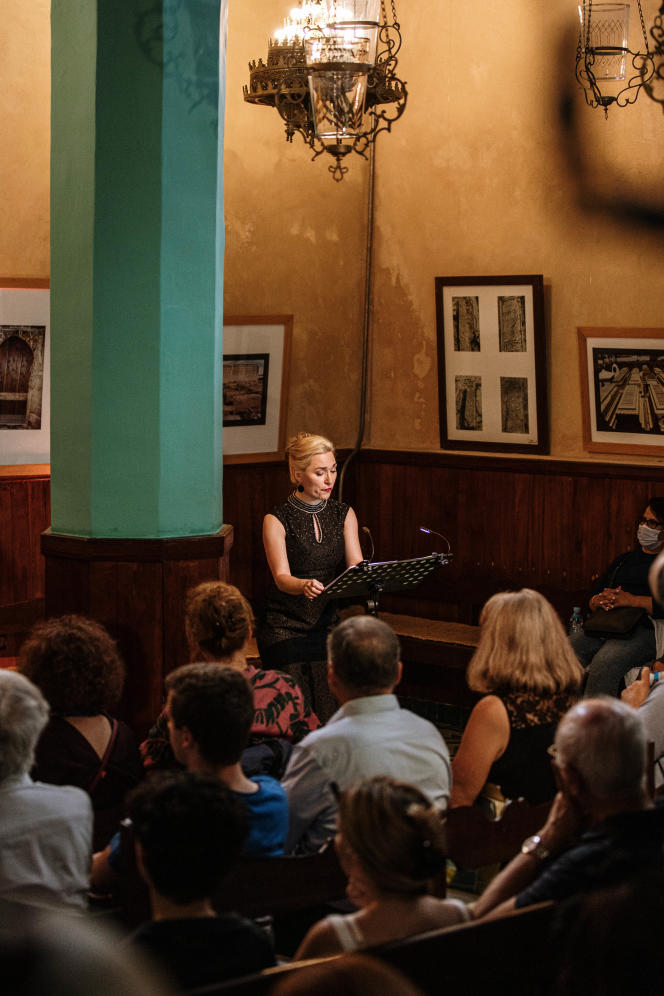 From his official enthronement in July 1999, King Mohammed VI symbolically honored in Fez the mausoleums of Moulay Idriss de Zerhoun and his son, considered to be the founders of the Moroccan nation. He then worked to multiply the speeches, like the one addressed to the tidjanes gathered in Dakar in March 2013, confirming the kingdom’s attachment to the Sufi brotherhoods. This ideal of an Islam of openness and tolerance is what has founded, since its creation in 1998, the Fez Festival of Sacred Music of the World.

After two white years sacrificed on the altar of the pandemic, the 26th edition of the international event, founded in 1994, had little time to prepare its programming. “Until February 7, the closure of the airspace did not allow us to consider things calmly,” said Abderrafie Zouiten, president of the Esprit de Fès Foundation, which manages the event.

An emergency situation which did not prevent the new artistic director, Bruno Messina, also at the helm of two French festivals (Hector Berlioz, in La Côte-Saint-André, [Isère], Olivier Messiaen in the country of La Meije [ Hautes-Alpes]), to invite some 120 musicians from fifteen countries – from the Sultanate of Oman to Kazakhstan, from India to Senegal, via France, Italy, Sardinia, without forgetting, of course , the Orchestra of Fez and the singers of Meknes, the spiritual capital of the kingdom. “Since my appointment in 2019, we have been forced to wait, but this edition, even condensed, is already appearing as a real public success”, rejoices the Frenchman, born to an Andalusian mother native of Casablanca and a Sicilian father from Tunis, who defines himself as a “child of the Mediterranean”.

It is a reinforced protocol, with the distribution of masks, which welcomed the public to Place Bab-El-Makina for the opening evening of June 9 in the presence of Her Royal Highness, Princess Lalla Hasnaa, sister of the King. A colorful show and its combination of architecture and sacred music, the theme favored this year by the colloquium which punctuates, since 2001, the course of the festival.

Swept away by a giant mapping, the centuries-old walls of the former esplanade of the royal palace were set ablaze under the imperturbable gaze of storks. Parade, from Fez to Jerusalem, from Tibet to the Taj Mahal, from Notre-Dame de Paris to the Hassan-II mosque in Casablanca, the great architectural symbols linked to the five religions of the world – Islam, Christianity, Judaism, Buddhism and Hinduism. While, on the set, a musical zapping brought together in less than an hour some of the artists present until June 12, meshing sacred songs from Morocco, Indian qawwali, Kathak dance, Buddhist poems by the Tibetan hermit-poet Milarepa and Western Sacred Music.

The first shock came the next day in the Aben Danan synagogue, where composer and pianist Michaël Levinas accompanied soprano Marion Grange in Espenbaum, the cycle of eight melodies he wrote on poems by Paul Celan, two of which completed the creation. in 2017 of his Passion according to Mark – A passion after Auschwitz. Vocality of lament, weighted with complaints and groans, cries and sobs, the music of Levinas resounds with extraordinary power between the walls of this little jewel of Moroccan Jewish culture built in the 17th century by a family of rabbis. “Can we sing without crying and shaking after the Holocaust? “Asks the son of the philosopher Emmanuel Levinas, who says he has rediscovered with emotion a high place in his life and his Jewish identity, in particular in connection with this father, director of the Universal Israelite Alliance.

In the famous gardens of Jnan Sbil, a splendid former property of Sultan Moulay Abdallah in the 18th century, the shade of the enormous mulberry tree is struggling to attenuate the suffocating heat that has descended on the city in recent days. This will not prevent, once the call to prayer has passed, the fourteen musicians of the Al Zawya ensemble from chanting these spiritual songs from the Sultanate of Oman entirely dedicated to the Samaâ of gratitude, love and the peace. A hypnotic litany sung in a collective swing of bodies.

Barely finished the concert of the Moroccan Chamber Choir (a copious a cappella program around Bruckner and Mendelssohn) in the old historic house Dar Adiyel, in the heart of the medina, today a music conservatory, you have to hurry to reach Bab-El-Makina, where the Roohani Sisters, high priestesses of Jugalbandi Sufi music from North India, have decided to make the mystical planet dance, alternating qawwali, kaafi and ghazals, as well as some Sufi qalams of their own composition. The next day, same place, same time, it is the molten trumpet of Ibrahim Maalouf haloed by the flamboyant Haïdouti Orkestar, a brass band operating on the borders of the Balkans, Turkey and the Orient, which will make the crowd rise, carrying out in the heart of the great and hot night performing the sacred ritual of the feast.