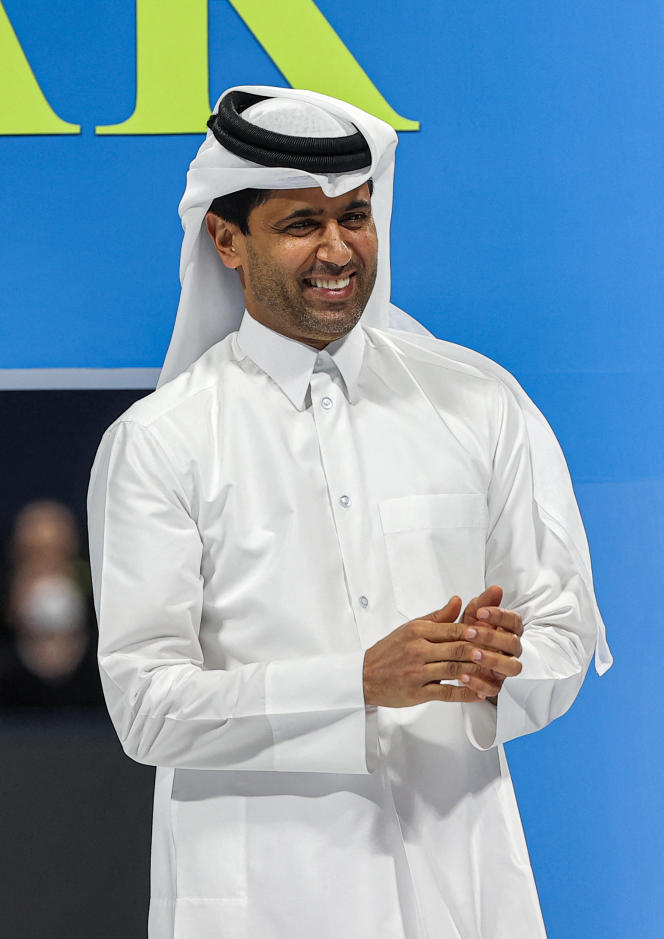 After more than three months of waiting, Nasser Al-Khelaïfi is finally set on his fate. The Court of Appeal of the Federal Criminal Court (TPF) of Bellinzona (Switzerland) confirmed, Friday, June 24, the acquittal of the boss of Paris-Saint-Germain (PSG) and BeIN Media Group, who had appeared in March for “aggravated instigation to mismanagement”. The Qatari leader had already been acquitted, in October 2020, by the TPF in the context of the criminal proceedings opened in 2017 by the Public Ministry of the Confederation (MPC), for the granting of television rights for the FIFA World Cups. football 2026 and 2030 on the Qatari channel BeIN Sports.

“After a relentless six-year campaign by the prosecution – which each time ignored fundamental facts and the law – our client has, once again, been fully and completely cleared. Years of baseless allegations, fictitious accusations and relentless slander have been proven to be completely and utterly unfounded – twice,” says Marc Bonnant, one of Mr. Al-Khelaïfi’s lawyers.

“This is another very important victory against the Public Ministry of the Confederation, obtained this time before the highest authority of the TPF”, adds Grégoire Mangeat, another counsel for the Qatari.

The former French secretary general of the International Football Federation (FIFA), Jérôme Valcke, was also acquitted of the charge of “aggravated unfair management”. On the other hand, he was sentenced to an eleven-month suspended prison sentence with two years’ probation for “repeated passive corruption” and “repeated forgery in titles” in the context of a separate file in connection with the attribution television rights.

In 2020, Mr. Valcke had been acquitted of the charge of corruption and sentenced to a suspended fine for “false in the titles”. Contrary to the judgment of first instance, the Frenchman is no longer required to return 1.75 million euros to FIFA. The latter being “returned to act by civil means”.

Mr. Valcke’s lawyers, Patrick Hunziker and Elisa Bianchetti, have announced their intention to file an appeal with the Federal Court of Lausanne: “The guilty verdict is therefore in no way final. »

They deplore the “reversal” of the TPF Court of Appeal on “private corruption”: “It is a mistake and a fantasy. All the documents in the file and all the witnesses testify that, because they were extraordinarily favorable to FIFA and without equal, the contracts were approved at all levels of FIFA for objective reasons and without any intention of injury. »

Exclusive use of Villa Bianca

In March, prosecutor Cristina Castellote had respectively requested sentences of twenty-eight months in prison and thirty-five months of imprisonment against MM. Al-Khelaïfi and Valcke without matching them with a partial reprieve. The prosecution had concluded that in return for granting BeIN, in 2014, television rights to the 2026 and 2030 Worlds, Mr. Valcke had received from Mr. Al-Khelaïfi “undue advantages” of a value between 1.4 million and 2.3 million euros, including “the exclusive use without paying rent”, from March 2014 to September 2015, of the villa Bianca in Sardinia.

According to the Swiss prosecution, it was the leader of PSG who acquired the Villa Bianca, in 2013, against 5 million euros, through a Qatari company, Golden Home Real Estate, of which he “was the sole shareholder and signatory”. For the public prosecutor, Mr. Al-Khelaïfi allowed Mr. Valcke, who hoped to become the “legal owner” of the property after two years, to recover a deposit of 500,000 euros paid previously.

In March, the prosecutor recalled the reasons for the trial judgment. The TPF then concluded, “notwithstanding the criminal acquittal from which they benefited”, that MM. Al-Khelaïfi and Valcke “entered into a corrupt arrangement” and found that the defendants “engaged in disloyal and unlawful behavior (…) and violated a standard of behavior of the Swiss legal order”.

The magistrate recalled that FIFA chaired by Gianni Infantino “went so far as to withdraw [in 2020, under an amicable agreement with the Qatari against financial compensation] its criminal complaint against Al-Khelaïfi for private corruption after the final hearing and the notice of imminent closing, at a time when she had had the opportunity to see all the facts and the entire file”, and “also refrained from making civil conclusions against him”.

Ms. Castellote observed “that to the knowledge of the MPC, the facts (…) have not given rise to a disciplinary or ethical procedure by FIFA against Al-Khelaïfi to date, nor a fortiori to any sanction”. And this while other former FIFA leaders prosecuted by the Swiss prosecution, including its ex-boss, Sepp Blatter, its former vice-president, Michel Platini, and Jérôme Valcke, have been suspended by the Ethics Committee of FIFA.

Mr. Al-Khelaïfi is not done with justice: the Qatari is still indicted in France for active corruption within the framework of the judicial investigation opened by the National Financial Prosecutor’s Office on the suspicions surrounding Doha’s candidacy for the organization of the 2017 and 2019 World Athletics Championships.

As for Mr. Valcke, he is the subject of two criminal proceedings by the Swiss public prosecutor’s office for “suspicions of unfair management”. In March, the Zurich public prosecutor’s office formalized the opening of a criminal investigation against MM. Blatter and Valcke for “suspicions of unfair management” following a complaint filed, in December 2020, by FIFA “in relation to the FIFA museum project”.