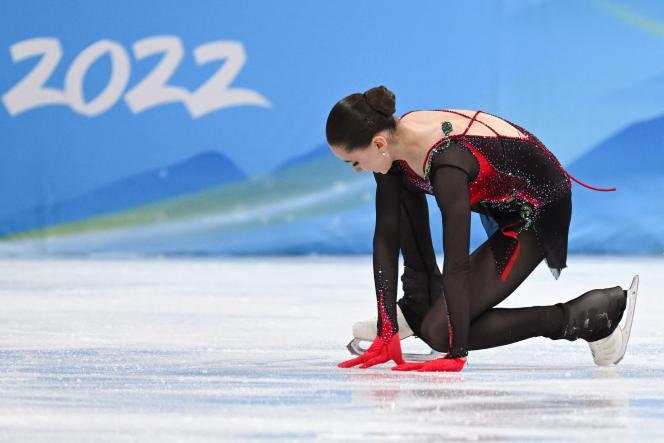 The debate was not recent, but arose more acutely after the Beijing Winter Olympics (OG) in February. The International Skating Union (ISU) decided on Tuesday, June 7, to raise the minimum age to participate in senior figure skating competitions from 15 to 17 years old.

“This is a historic decision,” said the body’s president, Jan Dijkema, shortly after the reform was endorsed by delegates from 100 countries at the ISU congress in Phuket, Thailand. This change will apply in two phases: the minimum age will increase to 16 years old in the 2023-2024 season, then to 17 years old from 2024-2025. This measure is motivated by the desire to preserve the health of young sportsmen and women.

On the agenda before the Valieva affair

The international skating federation stressed that this modification was on the agenda long before the scandal born around the Russian Kamilia Valieva during the Beijing Olympics, but the setbacks of the young girl had made it reappear.

The grand favorite in the individual event, the 15-year-old teenager was the protagonist of the affair of this Olympic fortnight, triggered by the revelation of a positive doping control for a prohibited substance carried out at the end of December 2021.

She had finally missed the gold that was promised to her after several falls on her free program, when she was leading the competition.

State corruption in South Africa: two of the Gupta brothers arrested in the United Arab Emirates

News Editor - June 7, 2022 0
LETTER FROM MALMÖSince May 23, strange drawings, reminiscent of propaganda images from the 1940s, have adorned bus stops in Sweden. The same were published...