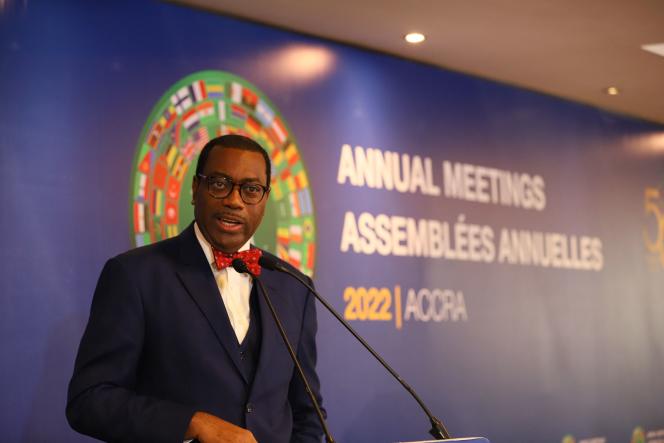 The African Development Bank (AfDB) has released $1.5 billion in overall aid to prevent a food crisis on the African continent due to the war in Ukraine, its president announced to the press on Monday May 23.

“This $1.5 billion plan will be used to help African countries produce food and do it quickly,” AfDB President Akinwumi Adesina said ahead of the institution’s general meetings. finance which began on Monday 23 May in Accra.

The aid plan, approved by the bank’s board on Friday, aims to “increase the production of wheat, maize, rice and soybeans” on the continent “to compensate for the loss of supply due to the war in Ukraine,” said a statement from the AfDB.

Many African countries are heavily dependent on wheat imports from Ukraine and Russia. According to the AfDB, the price of wheat has risen by more than 45% in Africa since the start of the war in Ukraine. Fertilizer prices have risen by 300% and the continent is already facing a fertilizer shortage of 2 million tons.

According to the Bank, this plan is to benefit “20 million African farmers, who will receive certified seeds and technologies to rapidly produce 38 million tons of food”. The plan will also be used to provide loans “for the large-scale supply of fertilizer to wholesalers and aggregators”, and to support land policy reforms in countries across the continent.

The war in Ukraine is severely affecting African economies, already very weakened by the consequences of the Covid-19 pandemic, and the international community is concerned about the risk of famine in certain African countries, affected by severe drought or conflict.

The situation is particularly worrying in the Sahel, where up to 18 million people will face severe food insecurity over the next three months. But also in southern Ethiopia, northern Kenya and Somalia, where the Horn of Africa is facing a drought that is alarming humanitarian organizations, with nearly 20 million people at risk of hunger.