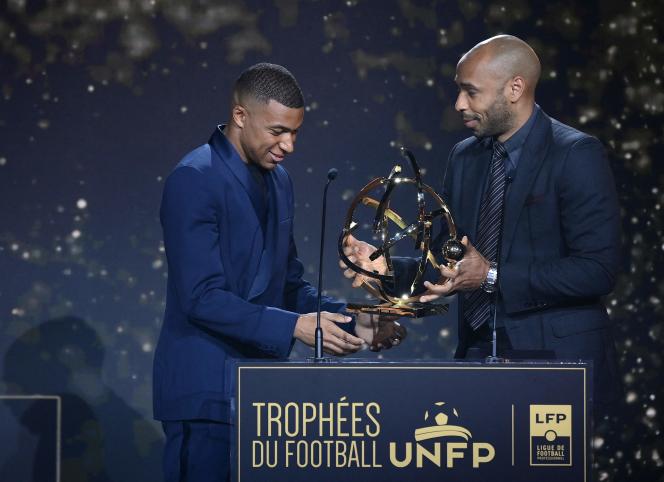 Paris Saint-Germain star Kylian Mbappé was voted best Ligue 1 player of the season for the third time on Sunday May 15 at the UNFP Trophies ceremony. It is the sixth time in a row that a PSG player has won the title, after Zlatan Ibrahimovic (2016), Edinson Cavani (2017), Neymar (2018) and Mbappé (2019, 2021). Due to the pandemic there were no trophies in 2020.

The Frenchman “almost” decided whether he would stay at Paris Saint-Germain or leave, but did not reveal his choice after receiving his honour. “Yes, yes almost,” he replied when asked if he had made up his mind. The suspense over whether he stays or leaves, presumably at Real Madrid, “it’s almost over”, added the player whose contract with PSG expires in June.

Top scorer (25 goals) and best passer (17 assists) in Ligue 1, “Kyky” (23) flew over the season and carried PSG to its tenth French championship title, equaling Saint-Etienne’s record. Winner of the League of Nations with the France team, Mbappé failed in the Champions League, but he had scored both goals for PSG against Real Madrid in the round of 16 (1-0/1-3).

On the women’s side, it was Paris Saint-Germain and French women’s team striker Marie-Antoinette Katoto who was voted best player of the season for the first time. Aged 23, the top scorer in Division 1 (18 goals) succeeds her teammate Kadidiatou Diani.

Katoto was not on the TV set of the Pavillon Gabriel which hosted the 30th edition of the UNFP Trophies this Sunday, to receive her prize because she was playing and won the final of the Coupe de France in Dijon, against Yzeure (8-0) , where she scored a hat-trick.