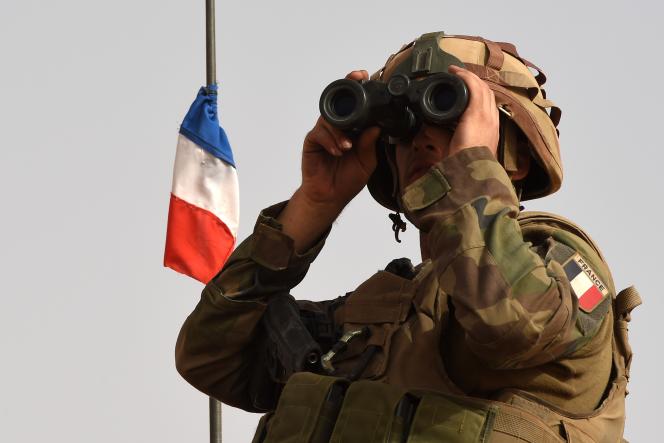 The investigations carried out by Niger and France have not made it possible to determine the circumstances of the death of three demonstrators during clashes, at the end of November 2021, at the passage of a convoy of Operation “Barkhane” near Burkina Faso and of Mali, the Nigerien government announced on Tuesday, May 17, in a press release.

This military convoy, which left Abidjan, in Côte d’Ivoire, to join Gao, in Mali, was first blocked and stoned by demonstrators in Kaya, in central Burkina Faso. The convoy had resumed its journey before being again interrupted by angry demonstrators in Téra, in western Niger. Three of them had been killed by fire attributed to Nigerien or French forces.

On December 17, 2021, Niger’s President, Mohamed Bazoum, “required the French authorities” to investigate the clashes and “ordered an investigation” of Niger. “As the exploitation of the results of the investigation by the gendarmerie of Niger and the French army did not make it possible to identify the exact course of the events which caused the death and injuries of the demonstrators, Niger and France decided to jointly provide compensation to the families of the victims as well as the injured, “said the press release from the Nigerien Ministry of the Interior. The amount of this compensation, “in equal parts” between the two countries for each of the victims, has not been revealed.

In an interview with the newspapers La Croix and L’Obs published on Wednesday, President Bazoum said he was not satisfied with the French investigation, which “consisted in saying that the French army had issued warnings with lethal weapons. She concluded that her soldiers did not kill.” However, “it was probably the lethal means used by the French army, for the purpose of summons, which had the effect of reaching a certain number of demonstrators and killing three of them, children”, he said. .

“But,” he adds, “if France has some responsibility, so does Niger. We had committed forces to maintain order and they were not effective. The French had to extricate themselves, they had to use lethal means that could cause death.”

The investigation conducted by the Niger Gendarmerie “highlighted serious shortcomings in the system of law enforcement planned to manage this situation” by Niger, which “led the French army to use force to extract from the pressure of the demonstrators, ”underlines the press release from his government. “The investigation carried out by the French army, for its part, while acknowledging the convoy’s use of force to extricate itself from the crowd which threatened it, concludes that the facts took place under regulatory conditions by means of warning shots,” he adds.

In addition to the three demonstrators killed, seventeen civilians, seven Nigerien gendarmes and seven French soldiers were injured, the text specifies. Following these incidents, the Nigerien president replaced his interior minister, Alkache Alhada, as well as the senior commander of the national gendarmerie, General Salifou Wakasso.

Paris and Niamey “welcome their collaboration in this particularly sensitive file” and “are delighted with the solution obtained”, saluting “the memory of the deceased”, the press release also states.