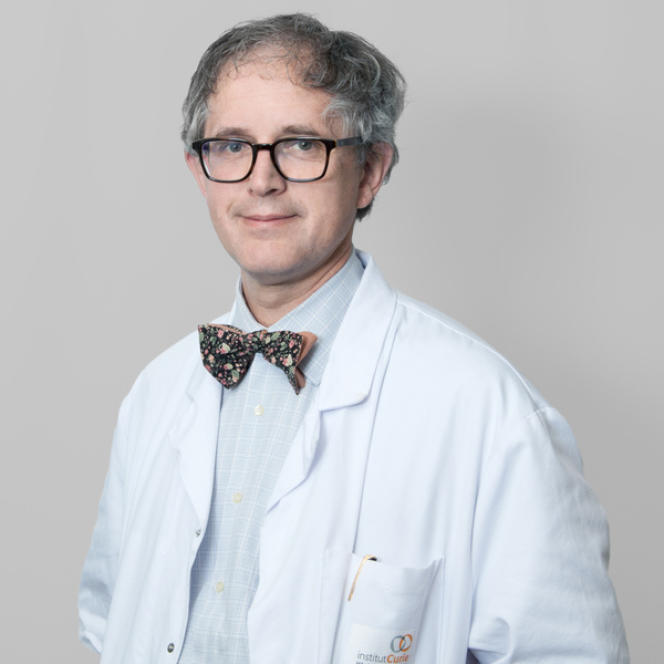 In 2005, Doctor Etienne Brain received a 79-year-old patient, operated for breast cancer in Saint-Cloud (Hauts-de-Seine). This oncologist from the Institut Curie then realized “the cruel lack of data, in women of this age, to guide [his] therapeutic decision”. This will be the beginning of his fight for a care more adapted to the elderly. Still, it was necessary, for this, to carry out specific studies within these elderly populations; however, these are too often excluded from therapeutic trials.

“We have a very distorted picture of populations affected by cancer,” explains the oncologist. We often imagine a young person, struck in the prime of life. In fact, people over 70 account for more than 40% of women with breast cancer, for example. In about ten years, they will be more than 60%. »

Rare fact for a French oncologist, Etienne Brain was honored, Sunday, June 5, by the powerful American Association of Clinical Oncology (ASCO), during the opening ceremony of its congress, in Chicago (United States). There he received the Byrl James Kennedy Award for Scientific Excellence in Geriatric Oncology. “Etienne Brain is a world leader in this field,” says Martine Extermann, professor of oncology at the University of South Florida (United States). On a scientific level, he is very involved in French and European studies on breast cancer in elderly women. »

His course: avoid two pitfalls, “two extreme and simplistic positions”, he explains, between which oncologists often oscillate for their elderly patients. On the one hand, “deny them access to care”; on the other, “getting enthusiastic about useless, blindly applied treatments.” These two positions “are no longer acceptable”, insists this 56-year-old doctor, in a colorful bow tie, during the presentation of his award. With the elderly, “the challenges are multiple”, recalls Etienne Brain. Their symptoms are often atypical, communicating with them can be difficult, if they have hearing or cognitive impairment; they often suffer from other diseases and receive other treatments… But the biggest challenge is “related to ageism”, insists the oncologist, this discrimination against seniors which can lead to treatment being considered unnecessary for them. The main pitfall in these elderly subjects, however, is “overtreatment, more frequent than undertreatment”, he believes.

A cautious approach with chemotherapy

Its commitment to elderly patients takes two paths. The first is the training of young doctors. “We need to train new generations of practitioners with the dual skills of oncologist and geriatrician,” he said. He has, in fact, chaired the International Society of Geriatric Oncology, which since 2010 has been developing a series of courses in Asia, Latin America and the United States.

The second is clinical research. Tuesday, June 7, Etienne Brain was to present, in Chicago, the results of a study he coordinated, carried out in 140 French centers and 10 Belgian centers. Between April 2012 and May 2016, 1,969 breast cancer patients aged 70 to 95 were enrolled in this trial, Aster 70s, sponsored by Unicancer. All had been operated on for hormone-sensitive cancer. Their tumors were screened for a prognostic biomarker (the “genomic grade”, developed by HalioDX), “which analyzes four genes involved in the proliferation of tumor cells”, explains Etienne Brain. This genomic signature gives an indication of the aggressiveness of the cancer.

For the 880 patients who had a reassuring genomic signature, chemotherapy was not deemed necessary. The 1,089 patients with the worst prognosis were randomly divided into two groups: the first was treated with hormone therapy for five years (the reference treatment); the second was receiving chemotherapy for three months before hormone therapy. Was their overall survival increased? The answer is no, or else the benefit is “very marginal”, says Etienne Brain. A trial that therefore encourages “caution”, in these elderly patients, vis-à-vis chemotherapy.

This type of study has concrete consequences. “For my elderly or frail patients with metastatic breast cancer called ‘Her2 positive’, for example, I often use the results of a study that offers chemotherapy that is less toxic than the standard treatment”, testifies Martine Extermann . The elderly, with their fragilities, are finally the subject of specific attention in oncology.